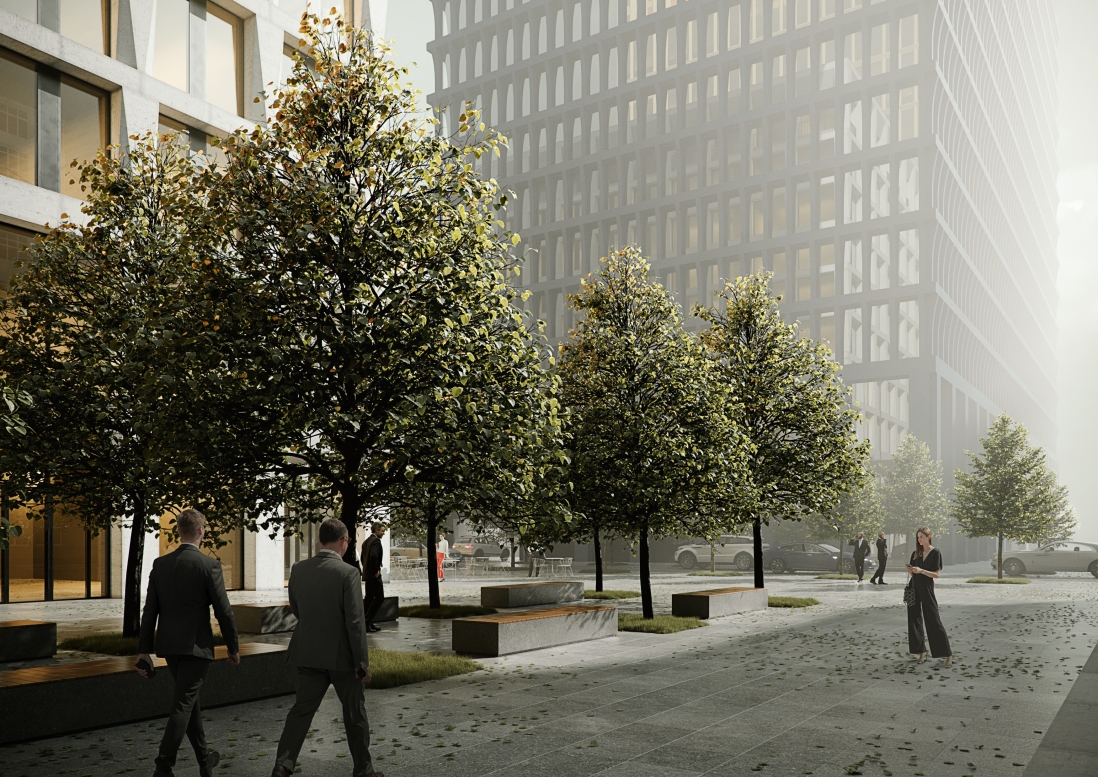 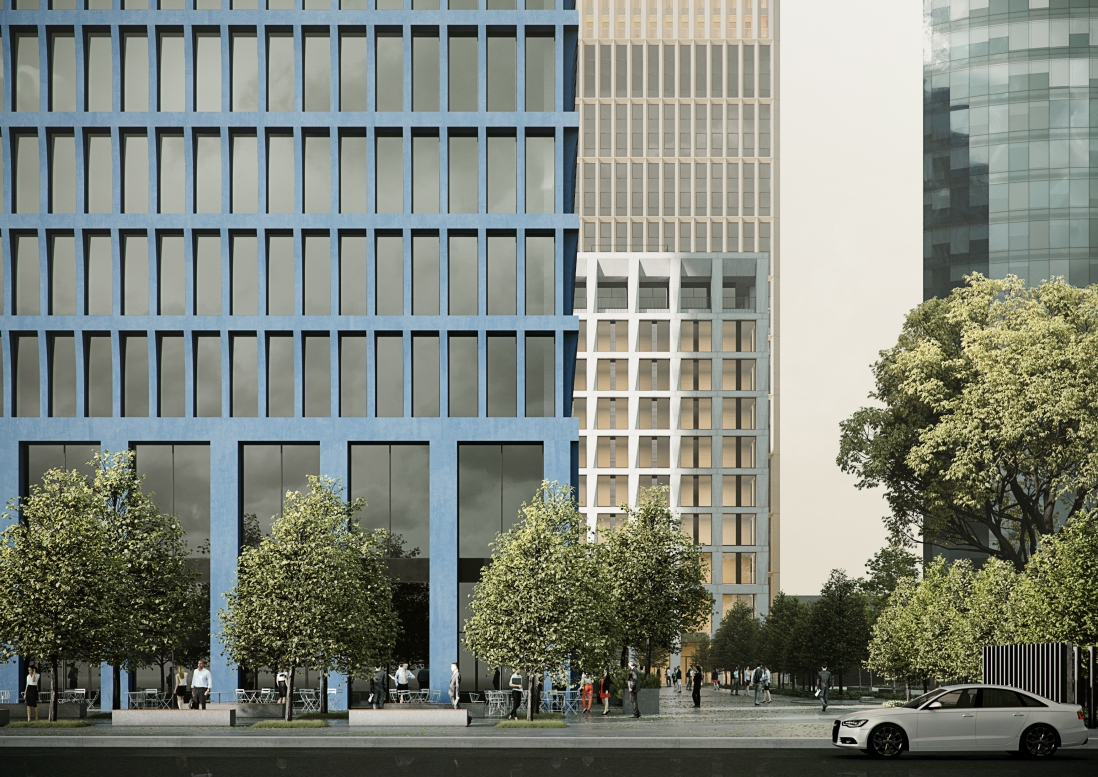 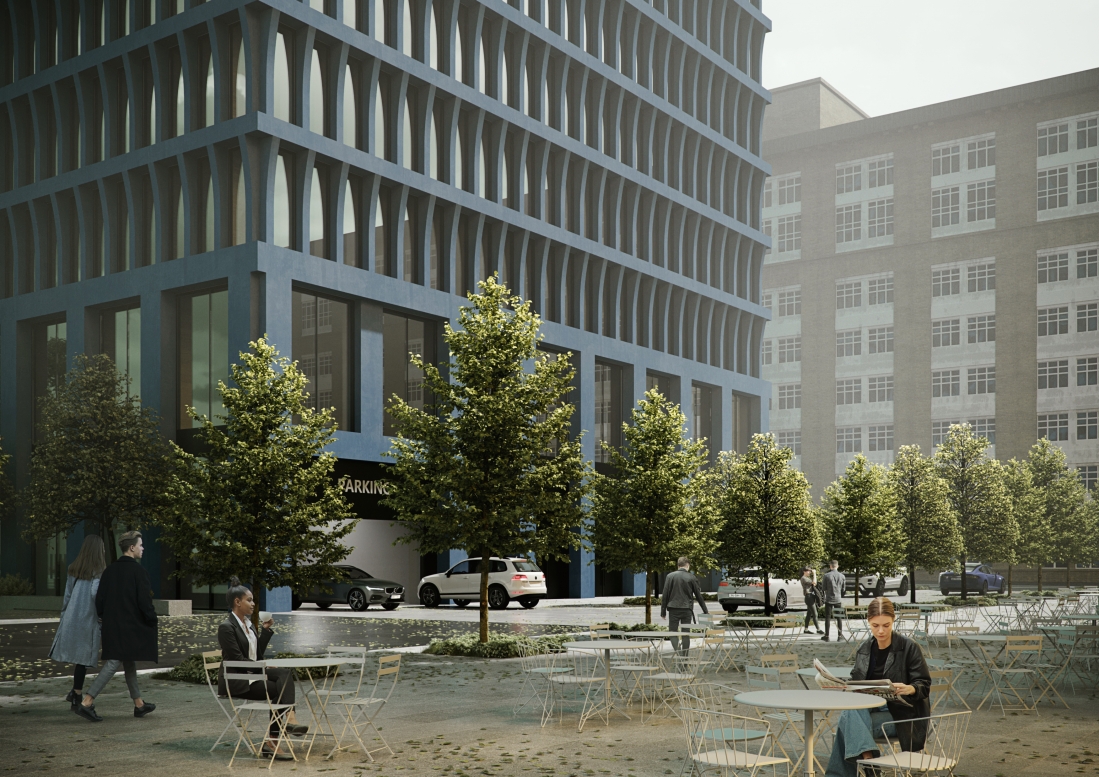 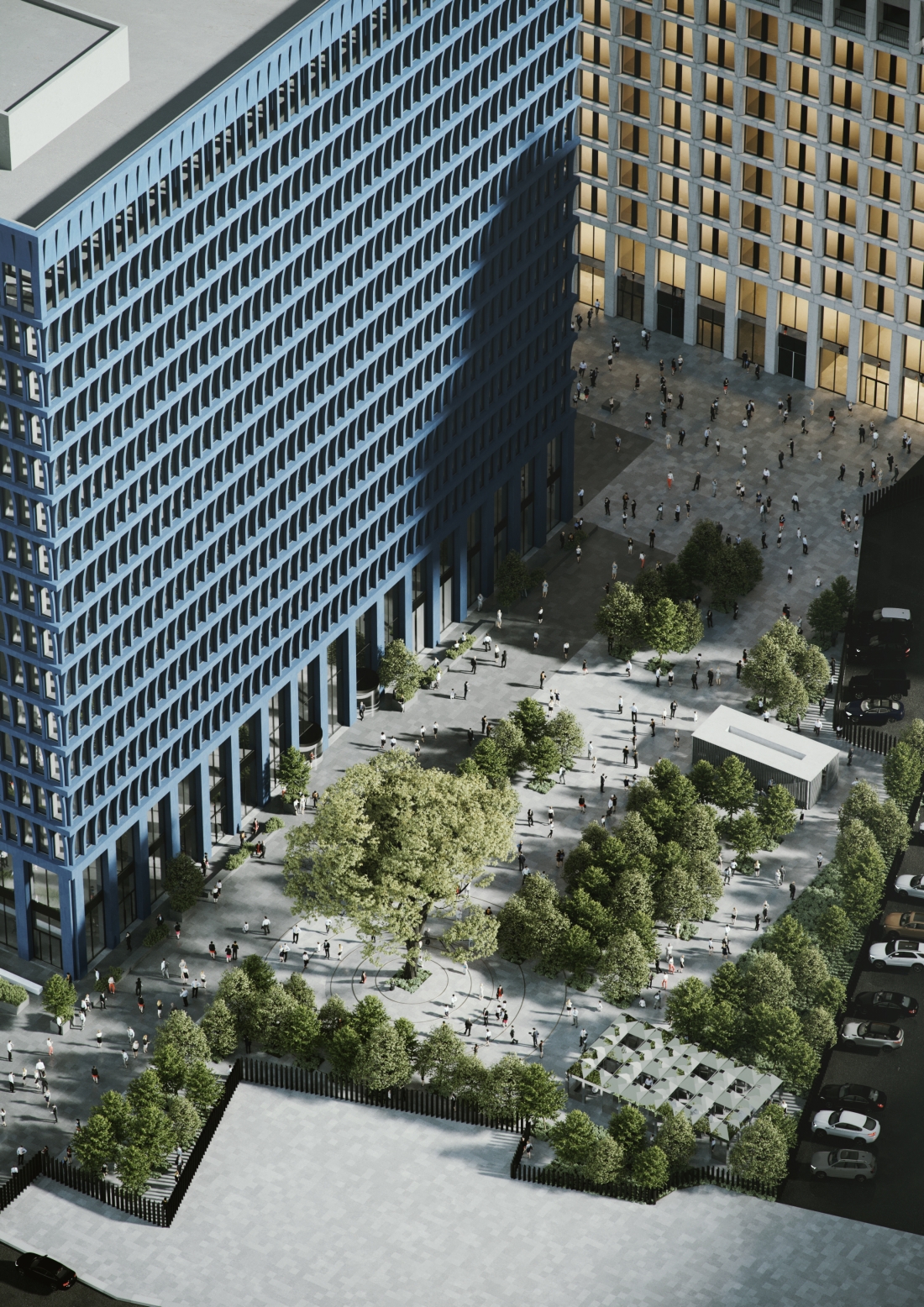 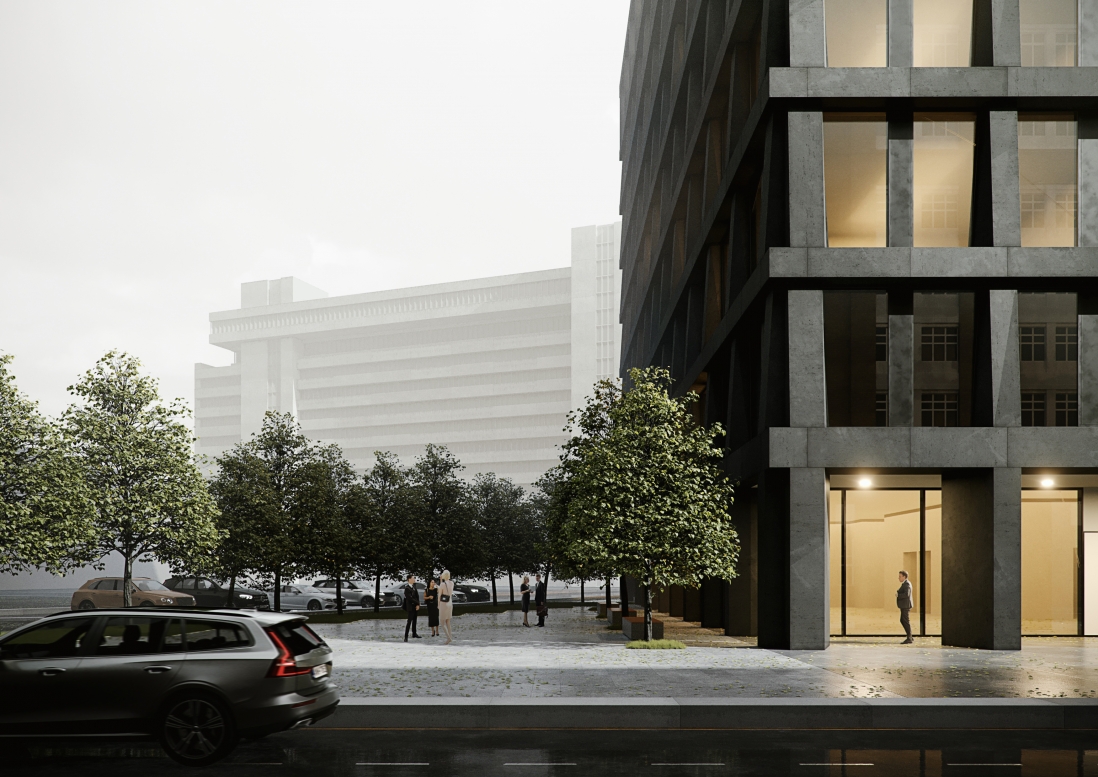 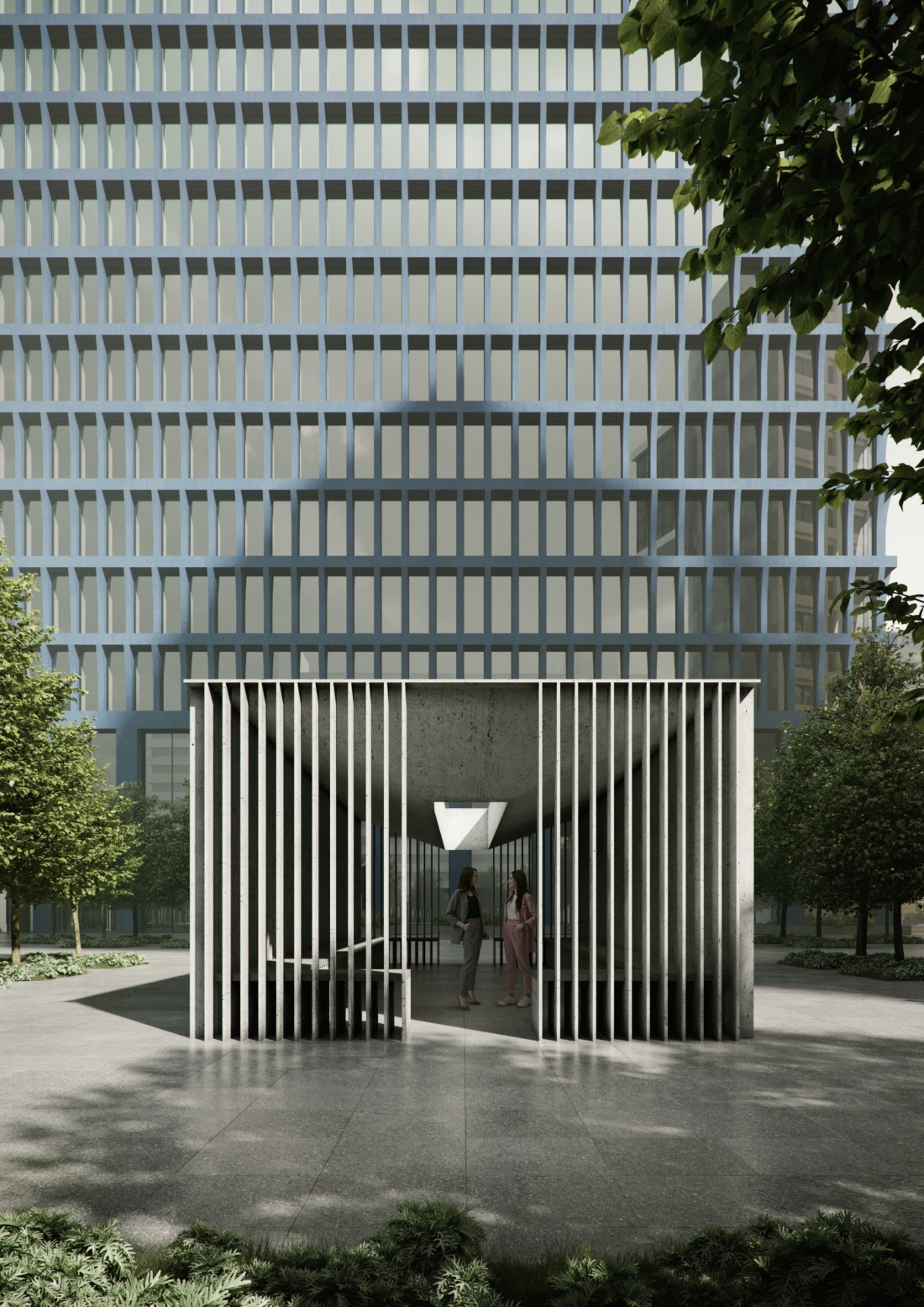 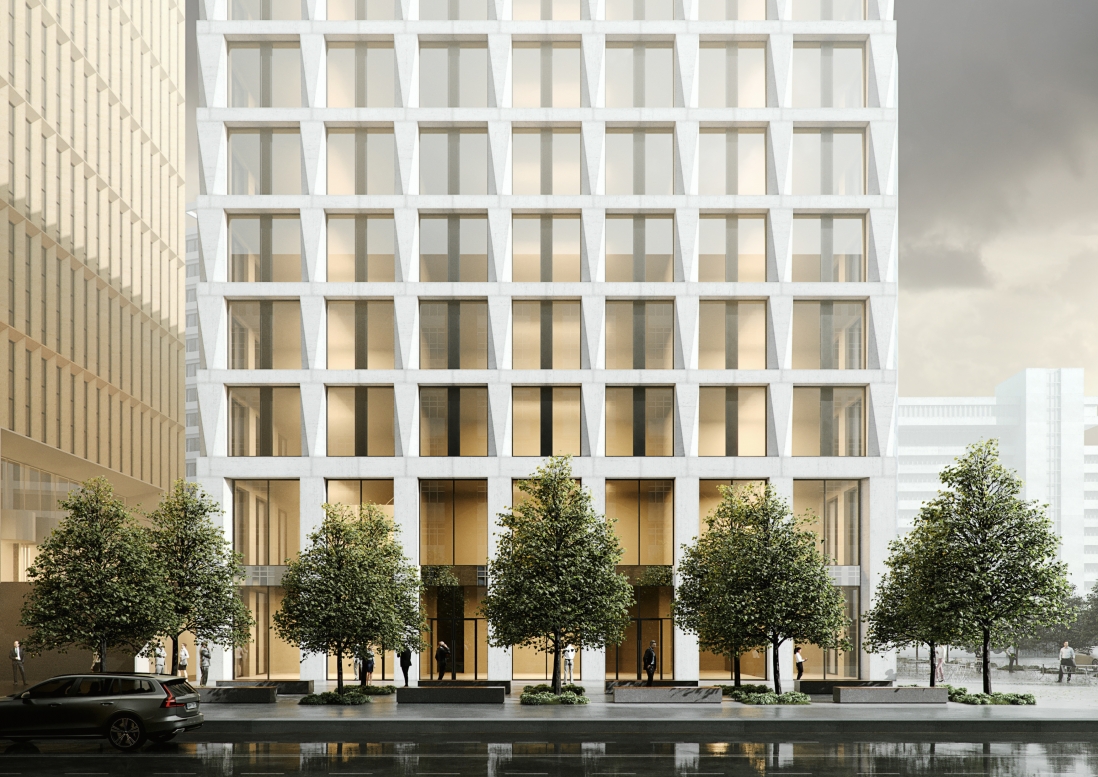 In STONE Towers, premium-class office quarter in Bumazhny Proezd, the design of a public space is being completed, where a park with an area of 5000 sq. m. will be created.

Tsimailo Lyashenko and Partners architectural bureau is responsible for the improvement concept, as well as for the architecture of the office quarter. Landscaping in the project will be implemented by Arteza specialists. The developer is STONE HEDGE group of companies. The architects emphasize that their main task was to create an urban cluster that would become a new place of attraction and live and function at any time of the day. A special approach to organizing public space will allow the authors to «activate» the business quarter — an open park with an area of 5000 sq. m. will appear on the territory of 2.14 hectares; so will the areas for active and passive recreation. More than 100 trees are going to be planted on the territory of the quarter.

«In this project, our goal was to activate the entire territory of the complex, which in the future will serve as an incentive for the development of the surrounding urban environment. Thanks to the competent and rich infrastructure of STONE Towers, public spaces should become a favorable place for both business meetings and for after work relaxation. We are confident that modern architecture should be based primarily on human values, so we tried to make even a short passage between the towers as comfortable and enjoyable as possible» - comment Alexander Tsimailo and Nikolai Lyashenko, the architects and co-founders of the architectural bureau.

The territory of the complex is designed in such a way as to offer its residents and guests of the office quarter various scenarios for employees’ leisure in their free time, informal communication and networking. Small architectural forms for recreation and boulevards for walking will appear on the territory.

The open public space will be divided by boulevards, directing pedestrian flows and attracting residents and guests to take a walk. The cobbled square will become the main attraction for people. Benches and pavilions will be installed here, where it will be convenient to work in the fresh air. STONE Towers’ own landscaped area will allow you to easily switch from a work rhythm to your own and hold a short productive meeting over a cup of coffee in a park or square. As conceived by the authors, a small square will separate the pedestrian zones from the roadway in Bumazhny Proezd, creating a comfortable and safe space.

A park near work, especially in a place where there are no other green spaces, is a step towards the people who live and work here. It will be pleasant to walk in the park at the end of the working day or during a break, but it will be no less pleasant to admire the green landscape from the office windows. So, in addition to the recreational function in Tower A and Tower C, the landscaped area and park will determine the species characteristics for the middle floors, becoming one of the elements of biophilic design. Active green landscaping will, among other things, reduce the impact of the urban environment, locally improve the ecological situation, and reduce the level of noise and dust.

«The park will become the central part of the landscaping and will organically link the office environment with the city. More than 100 trees will be planted on the territory of the quarter. The green landscape will become an element of biophilic design and will allow residents to be closer to nature during the working day, supporting the Healthy building concept. Small architectural forms for recreation and boulevards for walking will appear on the territory of the office quarter» — STONE HEDGE company employees say about the project.

The STONE Towers office quarter is being constructed in Bumazhny Proezd, between two metro stations, Belorusskaya and Savelovskaya, and includes four office buildings in the Healthy building concept. The concept aims to maintain the physical, mental and social well-being of the residents. The key characteristics of the «healthy building» of offices are such parameters as the level of natural light, modern engineering systems that allow maintaining a comfortable microclimate. The optimum floor depth promotes natural light, while panoramic windows around the entire perimeter of the towers allow maximum daylight to pass through. At the moment, the construction of two phases is underway at the facility in parallel — the stand-alone office building Tower A, as well as Tower B and Tower C, united by a single-level stylobate.