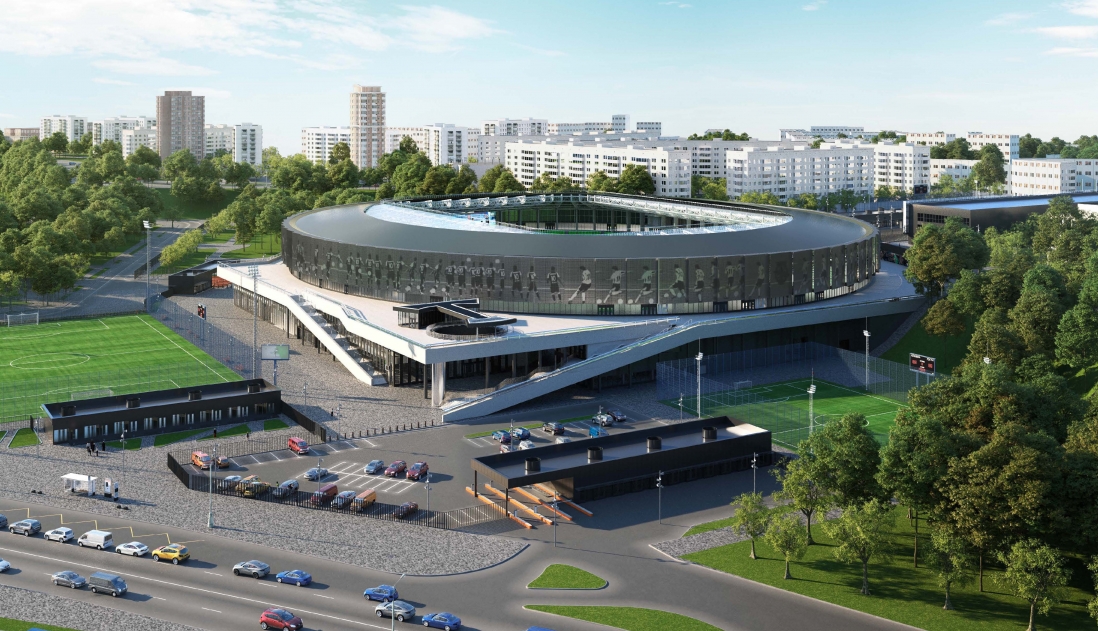 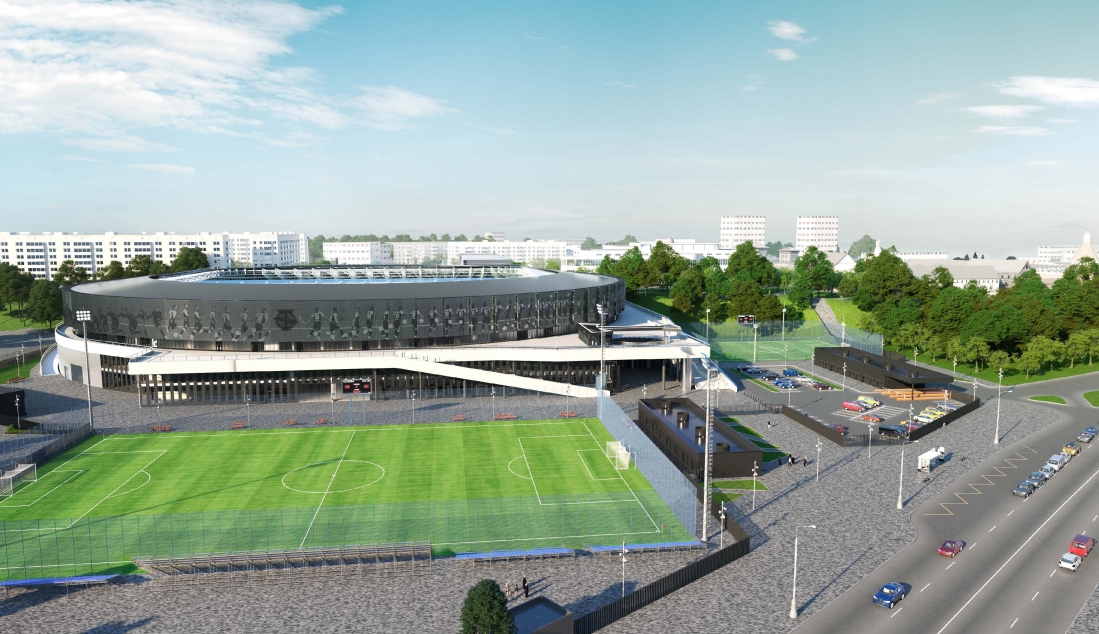 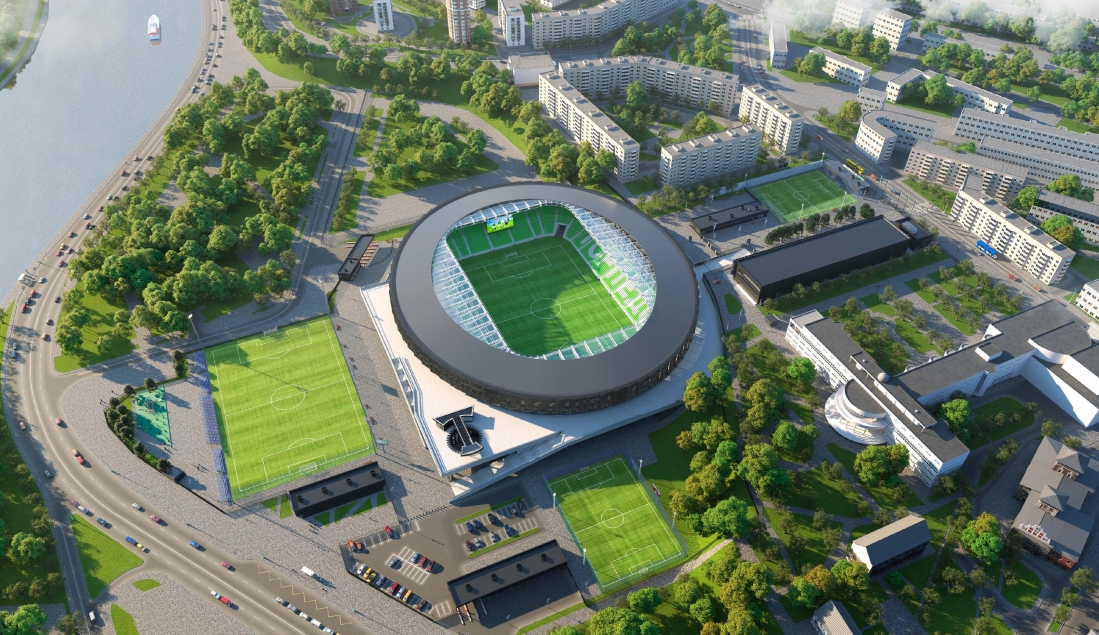 Moskomarkhitektura approved the design of the Central Arena of E. A. Streltsov Torpedo sports complex. The main space of the stadium consists of a steel ring resembling a «gear» placed on the emblem of the football club. This was announced by Chief Architect of Moscow Sergey Kuznetsov.

Torpedo, the legendary stadium named after Eduard Streltsov, is located at 4a, Vostochnaya Street, in Danilovsky District of the capital. It was built in the Soviet times and today is physically and morally obsolete. After the reconstruction, which is being implemented by Ingrad Company, the stadium will become a modern football arena for holding national and international competitions.

«Torpedo is a stadium with a rich history, so the symbols and elements that have become part of the club’s DNA were the basis of the arena’s architectural appearance. This is read in the total volume of the building and its details. For example, the steel oval ring, made of a hinged façade lined with perforated panels, echoes the gear that was depicted on the Torpedo flag before it was updated. And the perforated images reflect the most significant moments in the history of the club,» Sergey Kuznetsov said.

The façade will be glazed and filled with architectural tempered glass, stemalite, fiber-reinforced concrete panels, chrome-plated and perforated profiles. For interior decoration, large-format porcelain tiles, decorative plaster and other materials are used. The ribbed edges of the «gear» frame the arena and rise above the lower stylobate part, in which the architects «hid» the club’s logo. It will be possible to see it during aerial photography, for example, during live broadcasts of matches or concerts. On the south side of the stadium there will be an open staircase leading from Simonovskaya Embankment to Vostochnaya Street.

On the opposite side there is a ramp, which allows special equipment to serve the fields at two levels at once. From the middle level you can get to the spectator stands. In total, the building has four floors, not counting the underground. The area of the stadium will be about 42 thousand square meters, and the capacity of the arena will be 15 thousand people. The complex also includes VIP zones, parking, a sports school under the south stand, catering places, a press center, technical services, a stadium control center, a museum, and a club merchandise store.

As in the case of Luzhniki, the reconstruction of E.A. Streltsov sports complex implies not only the construction of a new arena, but also the modernization of the entire territory. Checkpoints, the building of cash desks and luggage storage, the Accreditation Center will be built here. Plus, on the territory of the football arena there will be three training fields with artificial turf with dimensions of 60×40 meters near Vostochnaya Street, 105×68 meters in the west and 60×40 meters in the south.

The complex also includes a sports and recreation complex, made in a style similar to the stadium; it has already been built and opened. Let’s recollect that the project is being implemented on the basis of the concept of the French bureau MICHEL REMON & ASSOCIES. Adaptation was carried out by TSNIIPromzdaniy JSC as a general designer.

To date, the dismantling of the old structures of the stadium is being completed; the construction of a checkpoint, locker rooms, a training football field and an accreditation center is underway. The renovation is scheduled to be completed by the end of 2025.