Restoration of Melnikov House to start in 2014 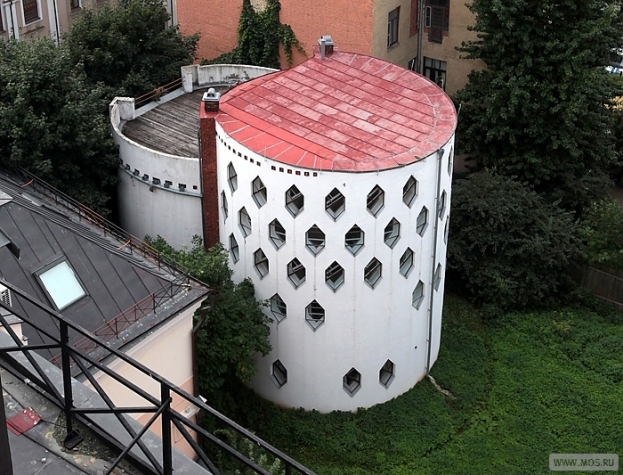 The project documentation and the repair and restoration of architect Konstantin Melnikov’s house at 10 Krivoarbatsky Pereulok will start in 2014.

The Melnikov House is not the property of the city of Moscow, and thus the city submitted a request to the Ministry of Culture to allocate the funds to the Shchyusev Museum of Architecture which is a half owner of the house (the other half belongs to the heirs of Konstantin Melnikov). According to the Shchyusev Museum of Architecture, the Ministry of Culture has agreed to allocate the funds.

“The interdepartmental commission on the Melnikov House has agreed to the city’s request; the case is no longer at an impasse,” said Valentin Pakhomov, the Acting Chairman of the Committee for State Construction Oversight. From now on, this restoration project will be conducted under the oversight of the Shchyusev Museum of Architecture.

The decision to begin the work on this landmark was taken after a project review by the experts at the Russian Academy of Architecture and Construction Sciences. Based on the available information, including engineering and geological research, the academy recommended hiring experts to determine the likelihood of a sinkhole threat, and also to carry out scientific research and inspections of the building’s structure. They also made proposals on strengthening the foundation.

The Academy’s experts were asked to participate in the project by the interdepartmental commission that was created at Mr Khusnullin’s instruction (Marat Khusnullin, Deputy Mayor for Urban Development and Construction). The commission includes representatives from the Committee for State Construction Oversight; the Department of Cultural Heritage; the Central Administrative Area’s Prefecture; the Gersevanov Foundations and Underground Structures Research, Construction and Technology Institute; and the Shchyusev Museum of Architecture and Architectural Oversight non-profit organisation. The commission is headed by Valentin Pakhomov. The commission had several meetings over two months. One of these meetings was held on the grounds of the 20th century landmark constructivism building.