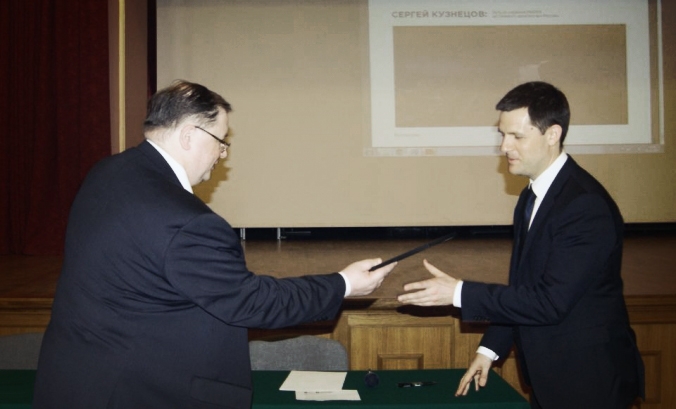 The chief architect of Moscow, Sergey Kuznetsov, was awarded the title of honorary professor of the Moscow Architectural Institute.