Creative Environment and Urbanism: Exhibition Centre of the Hermitage Museum in Moscow 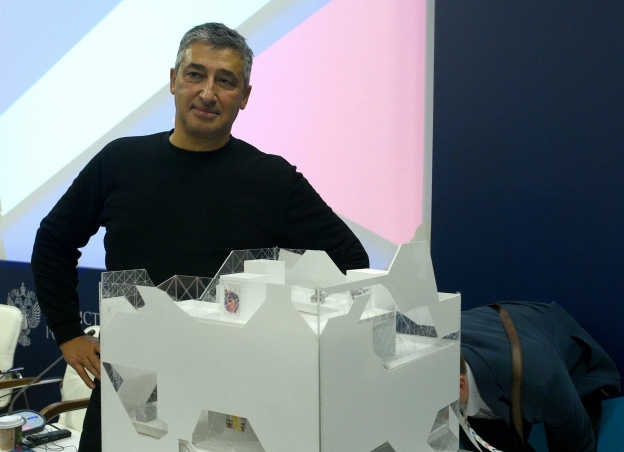 The Project for the Exhibition Centre of the Hermitage in the area of the former ZIL plant in Moscow, where a new residential district is being developed, was presented on December 3, 2016, within V Saint Petersburg International Cultural Forum. The Museum of contemporary art is to open here in 2020.

According to Sergey Kuznetsov, Chief Architect of Moscow, «ZIL will turn into not just a new city district with residential and commercial real estate but will also have a museum as a center of attraction for the city residents».

Mikhail Piotrovsky, the Director of the State Hermitage Museum, told that the Museum at ZIL is a part of the Big Hermitage project which has helped to open Hermitage branch museums in various cities: Amsterdam, London, Barcelona, Kazan, Vyborg, Omsk and some others. «Each branch museum of the Hermitage has its own focus, and we decided that in Moscow it will be contemporary art of the 20th −21st centuries. The concept of this branch museum was developed together with Hani Rashid», specified Piotrovsky. 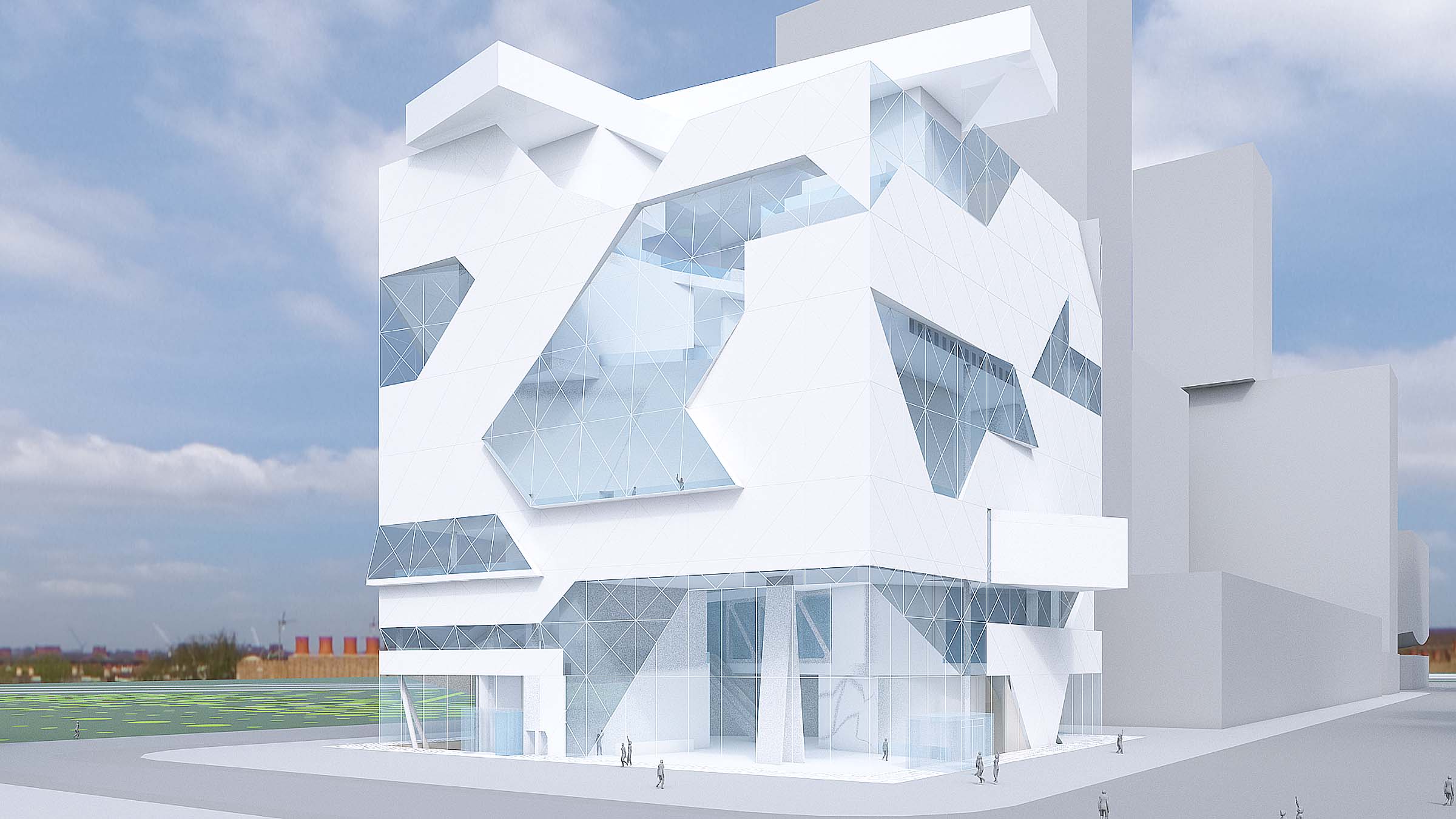 The project was presented at the Forum by the architect Hani Rashid, Co-founder and Design Partner of the Asymptote Architecture, who came to Saint Petersburg specially for the occasion. The lower levels of the building will accommodate gallery spaces exhibiting art of the first half of the 20th century, while the upper spaces above them — the ones with higher ceilings — will be exhibiting objects of contemporary art. Public spaces will also include a cafeteria, a shop combined with a library, a cinema hall, a garden of sculptures on the roof and an amphitheater — a hall covered with wood which will have good acoustics and is specially designed for public events.

«The Museum will be a place where in some cases you can exhibit really high sculptures or hang very unusual objects of art on the ceiling, if needed. You can do whatever you like here, it’s a space for an endless experiment with perspective. In the wing of contemporary art with the help of the curtain one can decorate and darken some parts of the hall. Museum curators will have vast spaces in the building. We sought to create a constant up and down movement inside the galleries, one can easily get lost here, and it’s a great thing. We want to leave behind a standard paradigm of a museum where its architecture dictates certain scripts. Here the architecture is symbolic but it’s predetermined by museum functions», the architect said. 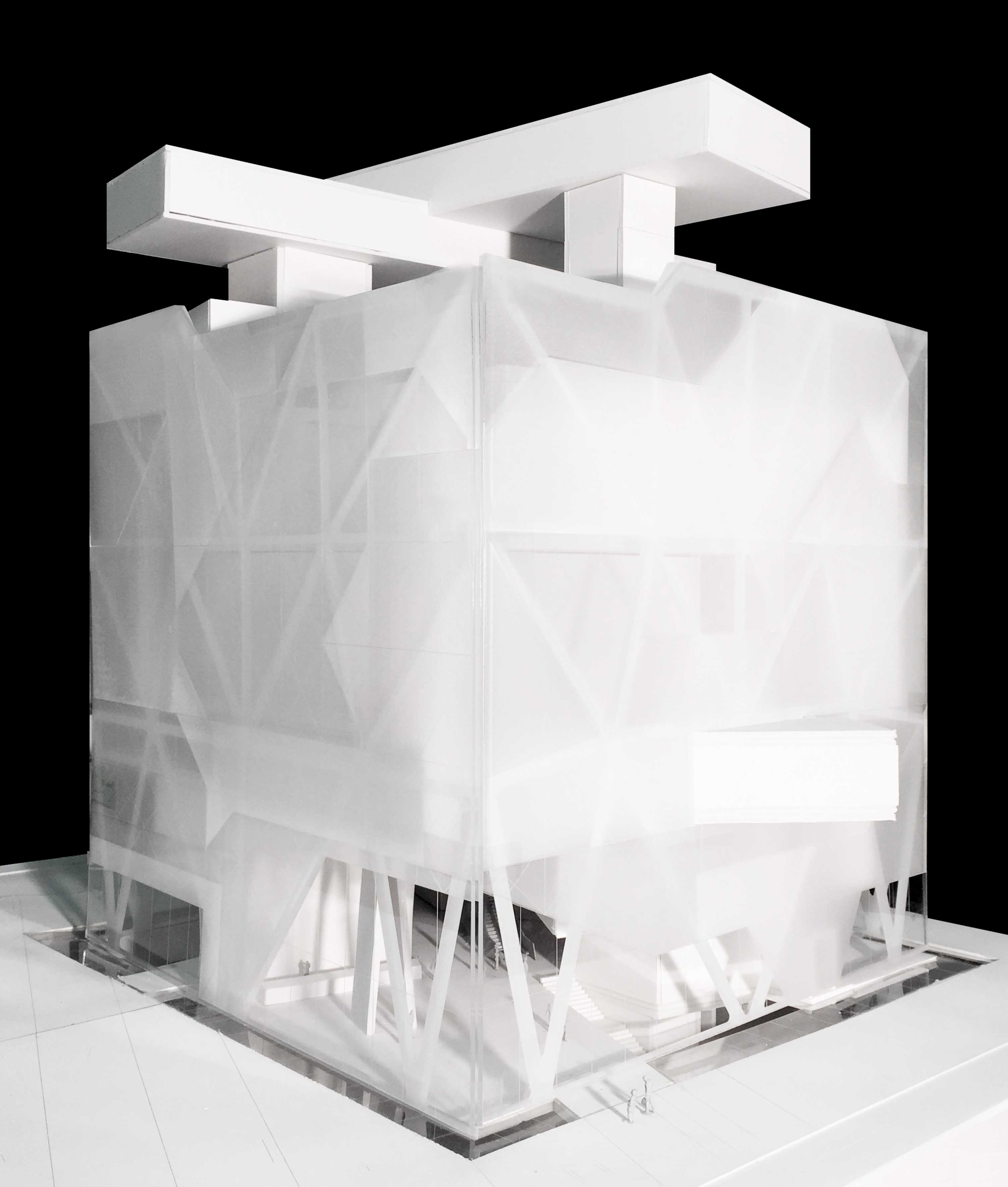 According to Hani Rashid, in cooperation with the Hermitage team, the developer and architects taking part in the design and development of the ZIL area, they found a sophisticated architectural solution for the Museum facades: the external envelope consist of a double glazing which does not let through ultra violet rays harmful for art objects. The building itself will be luminous, transparent, able to transform depending on the sun light and weather while the glazing will provide an aerial ambience inside the building. The walls will be ornamented with an abstract design.

«People come to a museum to touch history, culture, that is why we thought it would be only right to saturate the Museum space with them. So it is a really wonderful idea that the cafeteria on the first floor will have an installation on Malevich’s Black Square. One can just come here for a cup of coffee, thus becoming a part of the city, a part of art», Hani Rashid added.