Experts from the Netherlands and Brazil to speak at MUF 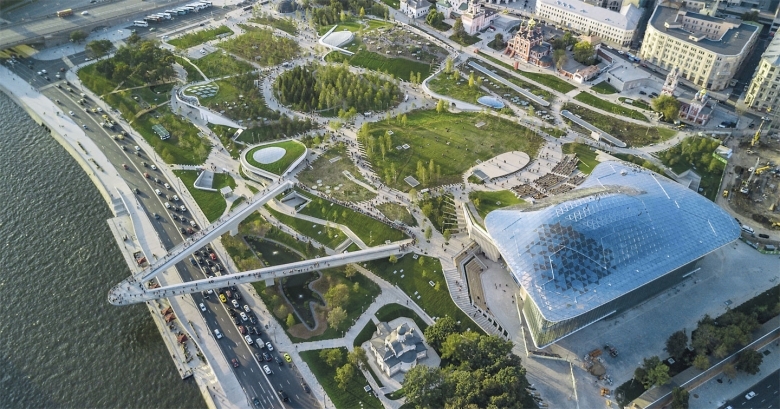 The events of the Moscow Urban Forum (MUF-2018) Festival «Connecting Generations» will unite people of all ages and social groups. The Festival will be held on 17-22 July in Zaryadye. Entrance is free, and some events are available upon pre-registration.

All in all over 80 events will take place: lectures, excursions, quests around the city, dance and sport programs, premier screenings from BeatFilm, yoga on the floating bridge with Olga Markes, performances of creative groups. As the organizers of the forum mentioned, on the one hand, the Festival is intended to rethink infrastructure of the past and update the architectural heritage, on the other hand, develop dialogue about how to make the city comfortable and interesting for both active elderly people and the digital generation of young citizens.

The lecturers include the outstanding Dutch architect and architecture theorist Rem Koolhaas, one of the world’s leading urbanists, entrepreneur and founder of the Creative Class group Richard Florida, former CEO of General Motors Robert «Bob» Lutz, as well as Darrell West, vice-president of the Brookings Institution, and author of a number of books on technology policy, artificial intelligence and the media. William Powers, the author of books about a slow and simple life (who experimented with moving from New York to a small wooden house in the wilderness), Cecily Corti, chairman of the VinziRast association, engaged in social adaptation of the homeless in Vienna, and Adriana Friedman, the founder of Nepsid, the Center for Research in Symbolism, Childhood and Development in Brazil and others will also meet the citizens.

There will also take place a workshop «How to create a community» by the online school, Vector, and a workshop «Cities of the future: architecture, technologies, big data» by Habidatum. Discussion topics will also include the development of the cinema and fashion industry infrastructure in Moscow, street art, transport of the future, architecture and the visual code of the city, design thinking and the knowledge economy.

The headliner of the musical program will be the Bosnian virtuoso accordionist Mario Batkovic, whose style ranges from neoclassical and ambient to minimalist and avant-garde music. After attending Mario Batkovic’s concerts, musical journalists have compared him with cult contemporary composers such as Philip Glass, Niels Frahm, and Colin Stetson. The Moscow trio Fogh Depot will continue the chamber instrumental line-up.

The festival will also be attended by Indie pop singer Jekka, who will perform a joint program with a female choir, and the St. Petersburg beatmaker Long Arm will play dynamic and atmospheric live music with the drummer Ruslan Gadzhimuradov. Famous educational project, Moscow through the Eyes of an Engineer, will be organizing the excursions. Educational project, Level One, is in charge of a series of lectures on architecture, mythology and the literary routes of Moscow. Only on 21-22 July MUF 2018 Festival’s visitors will have a chance to undergo unique genotyping by the company, Atlas, and learn their level of stress resistance.

During the Festival you can also see how German street artists, reubdruckerin, create amazing prints, using paints and manholes. The visitors will have the opportunity to decorate their clothes or bags with a printed pattern. The will be held the premiere screenings of documentaries from the Beat Film Festival. The film, «The Experimental City» (directed by Chad Friedrichs), is a chronicle of the clash between scientific progress and traditional ideas about the city and its functions. The film, Brasilia: «Life After Design» (directed by Bart Simso), tells the story of an ambitious urban plan developed for the city of Brasília.

An extensive educational program is also provided for kids. How can we make children interested in architecture? The two-day workshop of children’s architectural club «Horses on the Balcony», and also a series of children’s master classes «My Mother’s Child is an Engineer. Let’s Build the Shukhov Tower» would endeveour to answer this question.