Moscow will debut at the Venice Biennale of Architecture 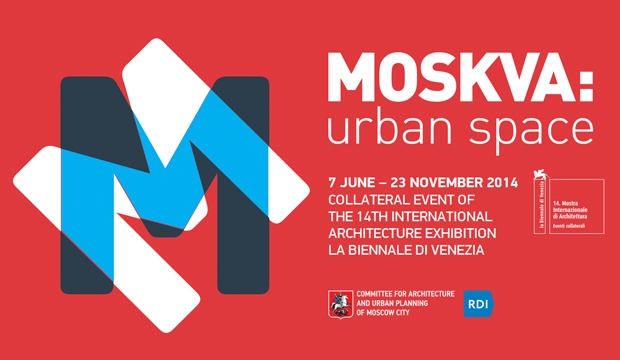 At the 14th Venice Architecture Biennale, Moscow for the first time will present its own project MOSKVA: urban space, which will be on display in the majestic interior of the church of Santa Maria della Pietà as part of a parallel program of the exhibitions.

In general the parallel program of the Venice Biennale is not directly related to the theme declared by the curator, however, Moscow’s special project in fact stays on topic. MOSKVA: urban space covers one of the subjects of the global theme of Fundamentals, which Rem Koolhaas proposed this year to coordinate the exhibitions of the national pavilions. Absorbing Modernity: 1914-2014, is about the last 100 years of world architecture and the path from the national to the global, wherein national architecture gives way in favor of a universal contemporary language.

In this context, Moscow with its history of continuous change in styles and urban ideologies of the 20th century, makes for a great opportunity to illustrate the subject, clearly showing the evolution of national architecture and the approaches to urban development. In this, the capital has always of course been in the forefront of the whole country, which is why in addition to Russia’s traditional pavilion, Moscow will have its own exhibition space as well.

The exhibition was conceived by an international team, which included Sergey Kuznetsov — Moscow’s chief architect, as the project’s curator, Kristin Feireiss — a leading architectural expert, as artistic adviser, and Dmitry Aksenov (RDI Group) — chairman of RDI, a patron of the arts and a collector, as the project’s commissioner. The participation of RDI Group in the project is a good example of a public-private partnership.

It is noteworthy that for Sergey Kuznetsov this will be the third consecutive Biennale in which he is participating. In 2012, Kuznetsov was one of the authors of the Skolkovo exhibition project which received resounding success and a special prize. The projected consisted of a «Pantheon» pavilion covered with QR codes. And in 2010 he was one of the architects invited by the curator of the Russian pavilion, Sergei Tchoban, to The Russia Factory project, which intended to give stimulus to the revival of Russian industrial towns by the example of the city of Vyshny Volochok.

According to Sergey Kuznetsov, the most important thing that happened in Moscow in the past century, is the switch that occurred recently in urban planning ideology: for the first time the capital is not addressing the appearance of individual buildings and their facades nor, for example, industrial housing, but rather to that which is located between buildings, the «connective fabric» of public spaces that define the identity of the city today.

Highly symbolic, according to the authors of the project, is that these ideas most evidently materialize in Zaryadye Park located in the very center of the capital. Therefore, the park notably embodies the future of Moscow, and the «life-size» fragment of the park will become one of the main parts of the exhibition. To carry this out, the authors of the current concept of the park, Diller Scofidio + Renfro, were involved in the project.

The capital’s past will appear on the borders of the ceiling, where iconic buildings from the eras of the avant-garde, Stalinist Empire and the functionalism of the 1960s-80s will be featured. The borders, replacing one another, will create the illusion of moving film, and before the very eyes of visitors a century of Moscow architecture history will literally come to life. The magnificent interiors of the church of Santa Maria della Pietà, leading out to the Venetian lagoon, will of course, give the exhibition a distinctive atmosphere. It is a very beautiful and romantic place in the main historical area of ​​Venice — Castello, and is a short distance from the main exhibitions of the Biennale in the Giardini and Arsenale venues. Under the fresco by the Venetian Giovanni Battista Tiepolo, within the walls, which in the 18th century heard musicians playing under the direction of Antonio Vivaldi, this project promises to be quite a wonderful experience for visitors.

The project MOSKVA: urban space will be exhibited in a parallel program of the 14th Venice Architecture Biennale in the interiors of the church of Santa Maria della Pietà, from June 7 to November 23, 2014.