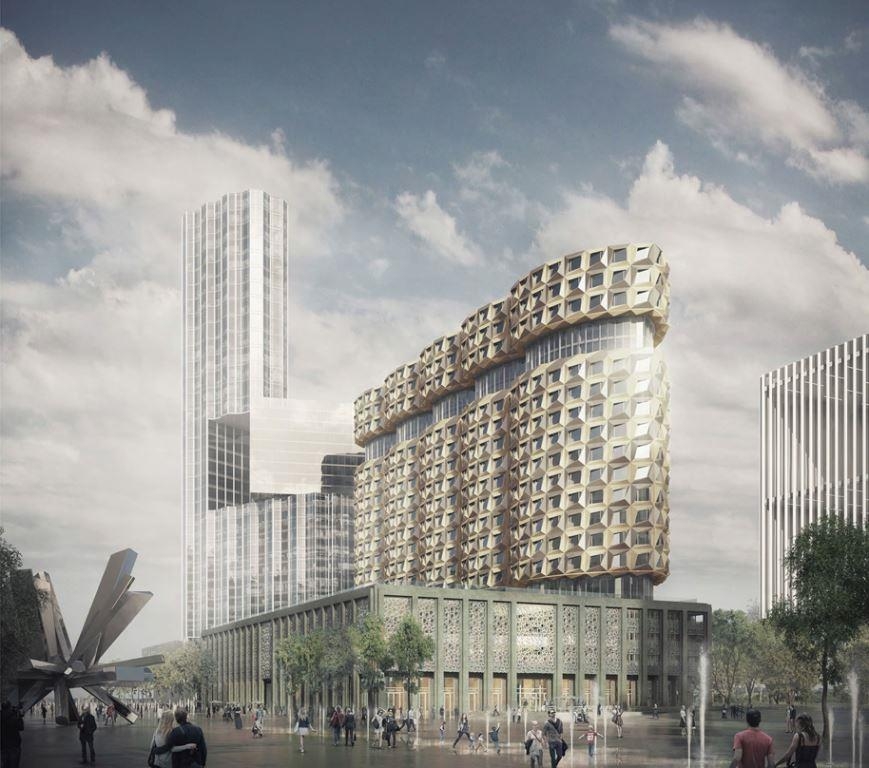 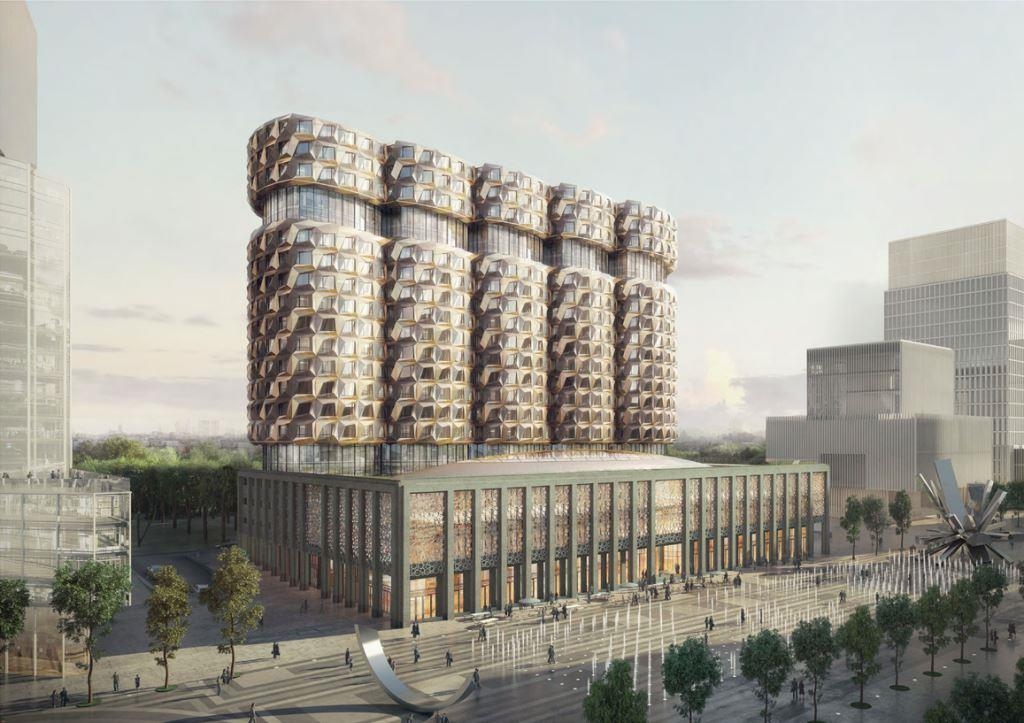 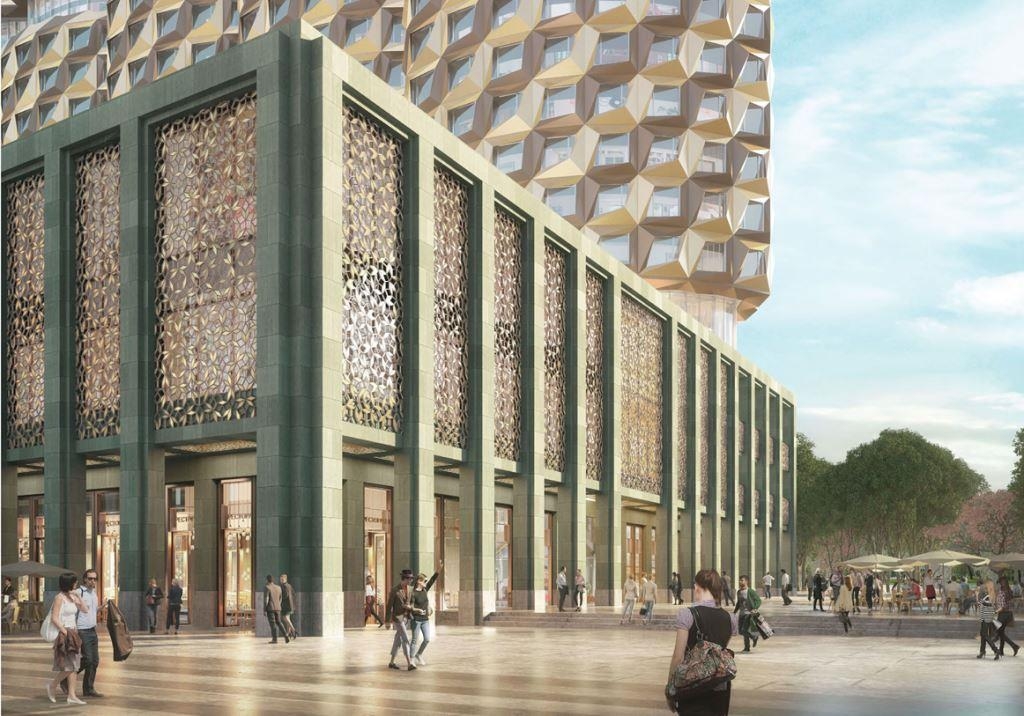 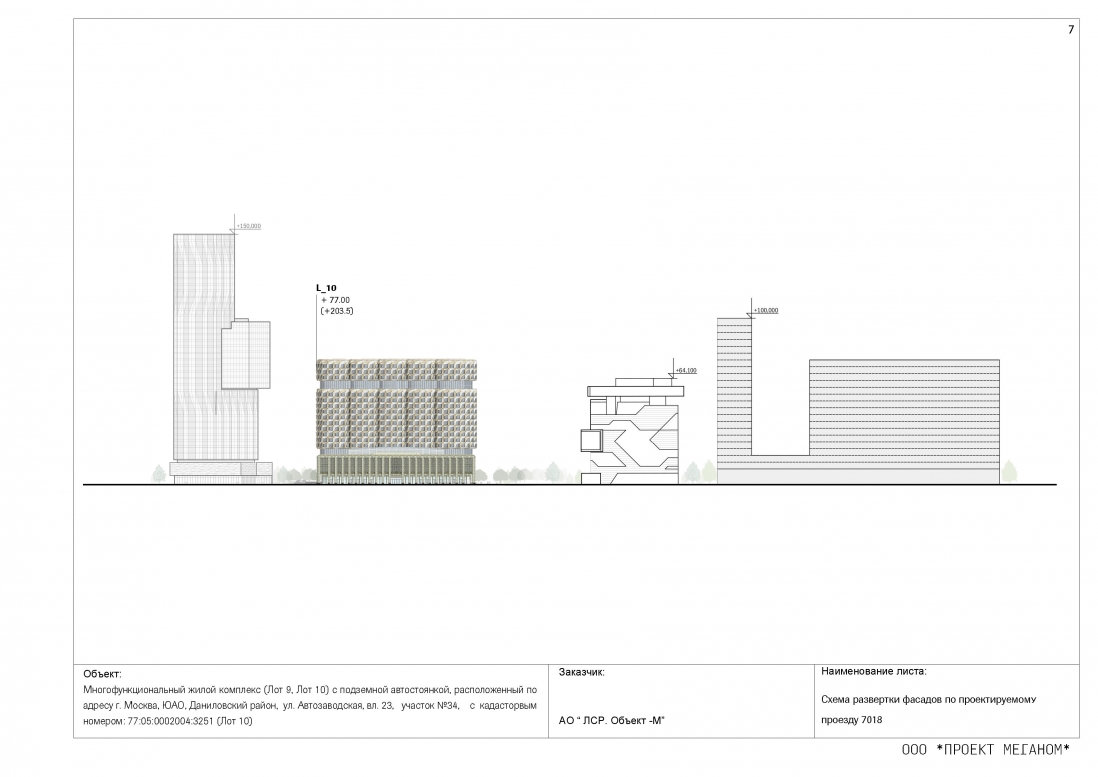 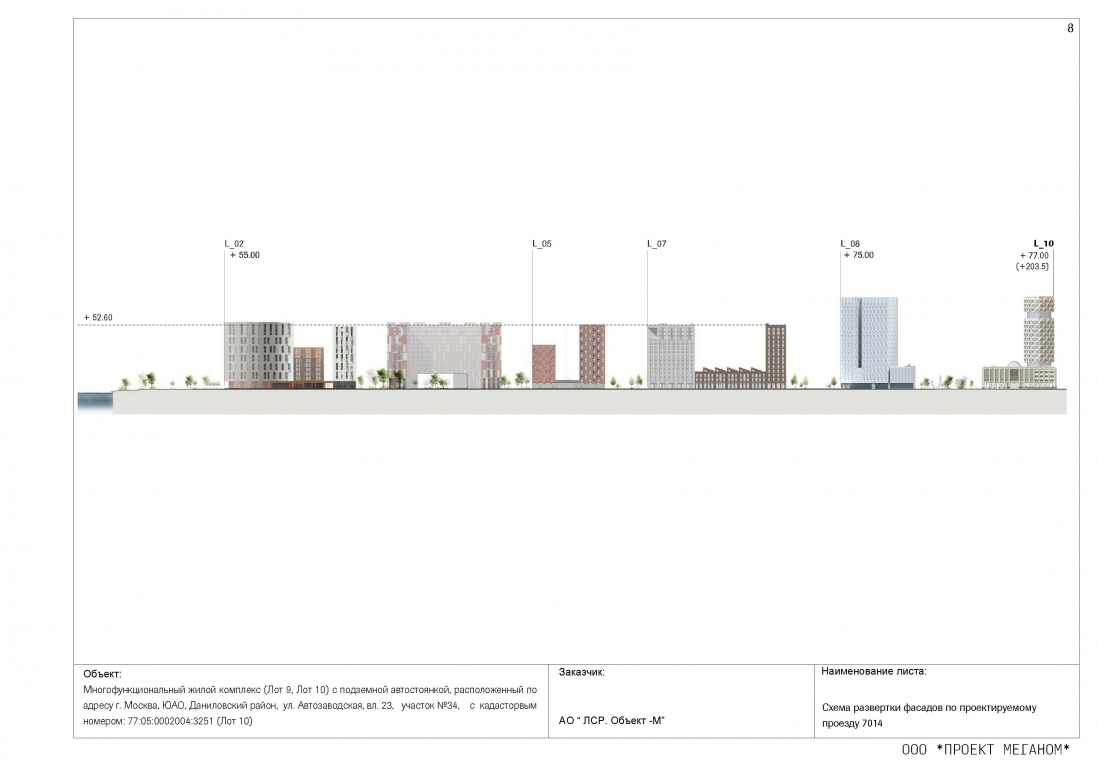 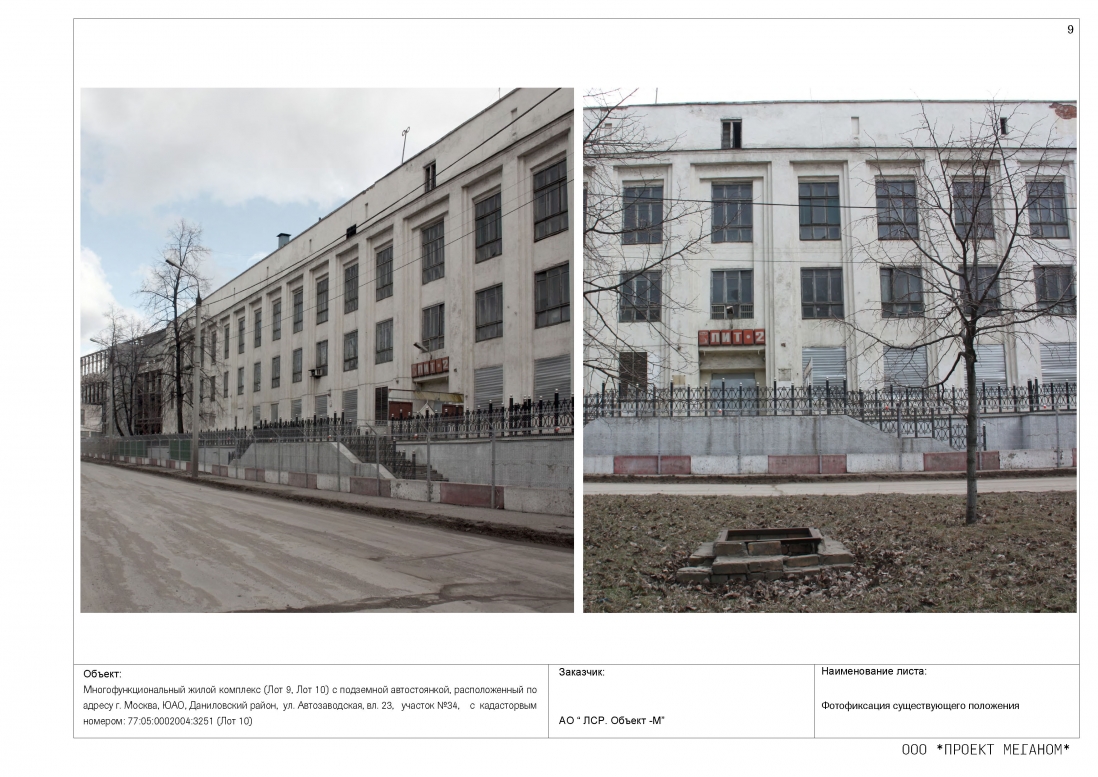 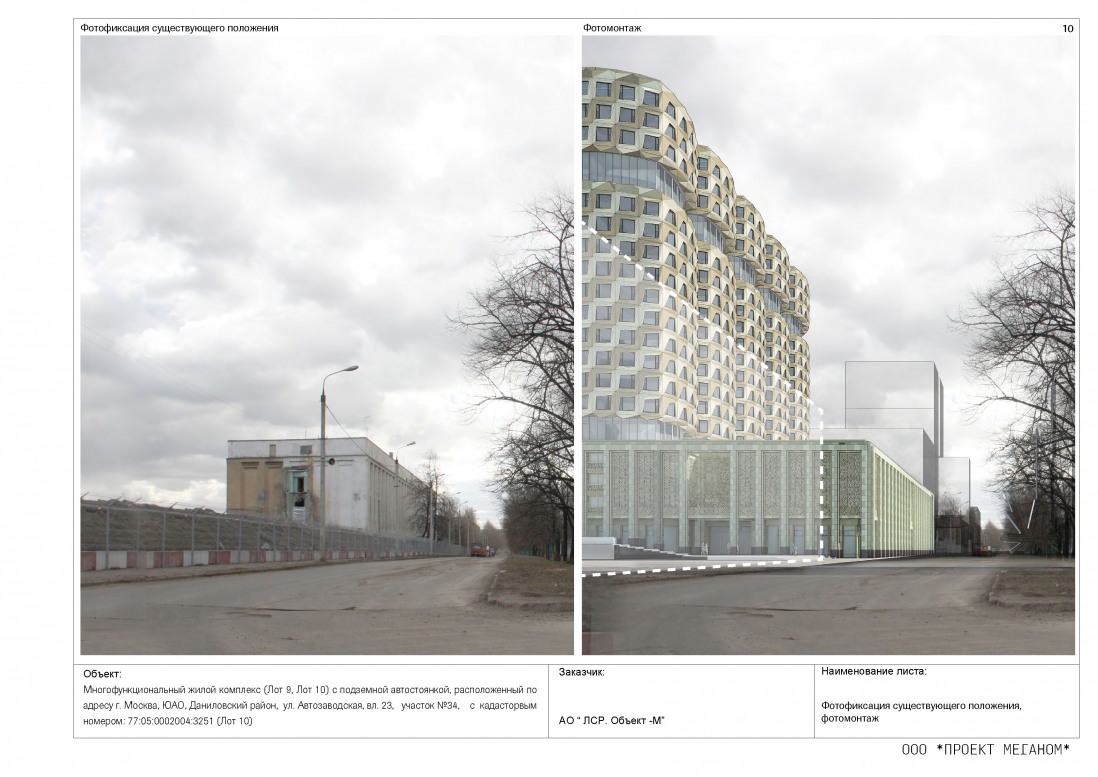 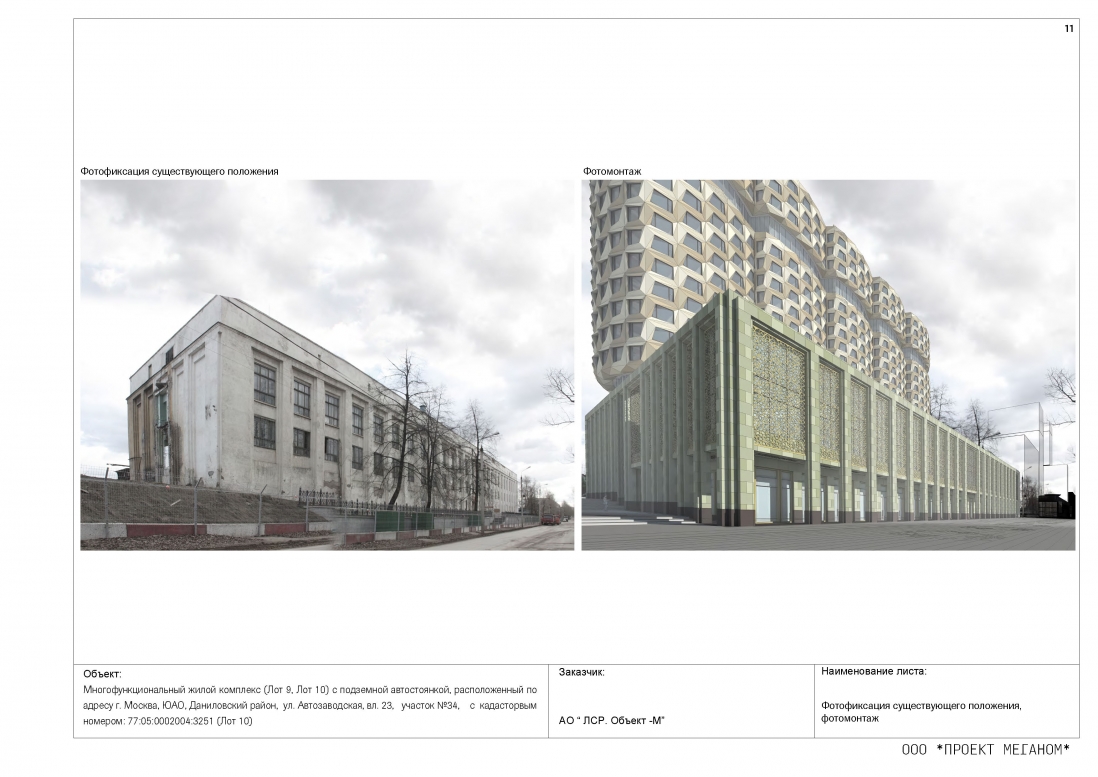 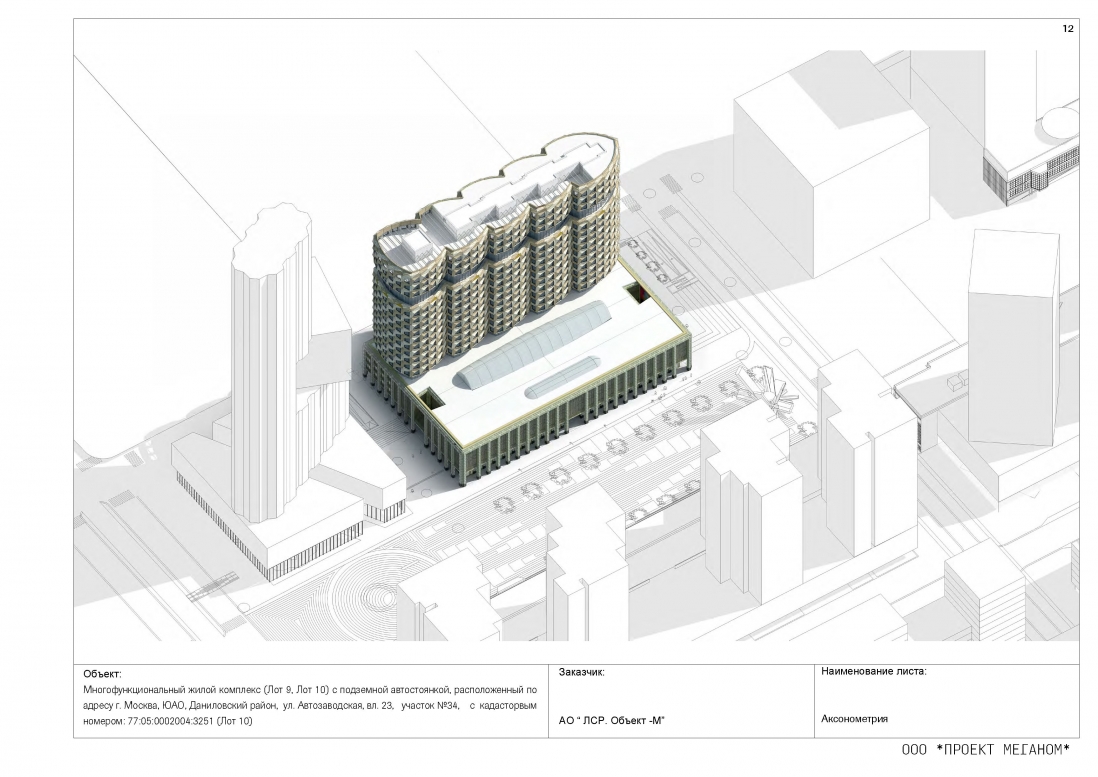 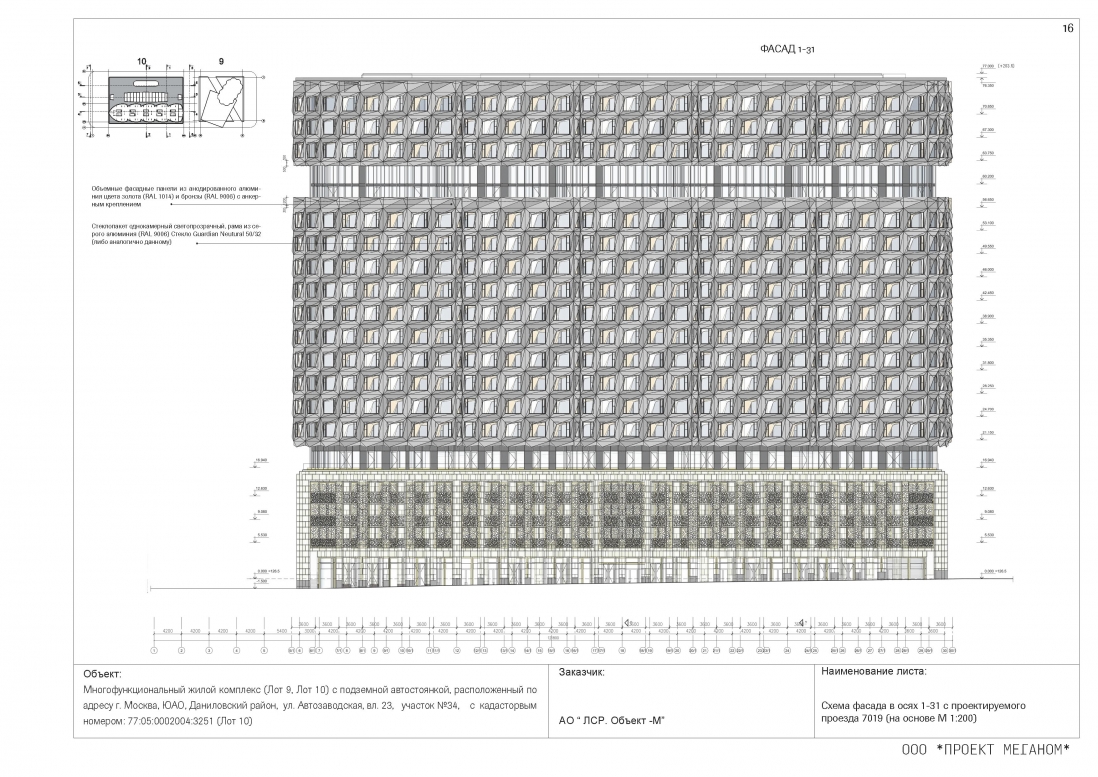 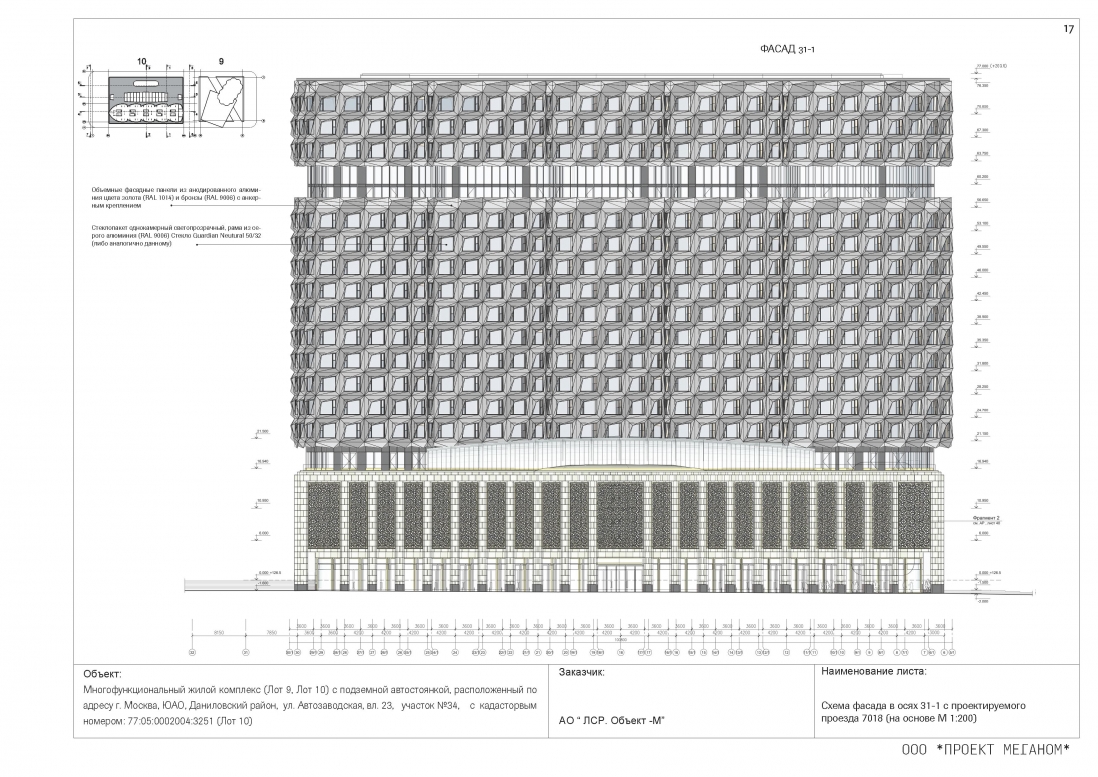 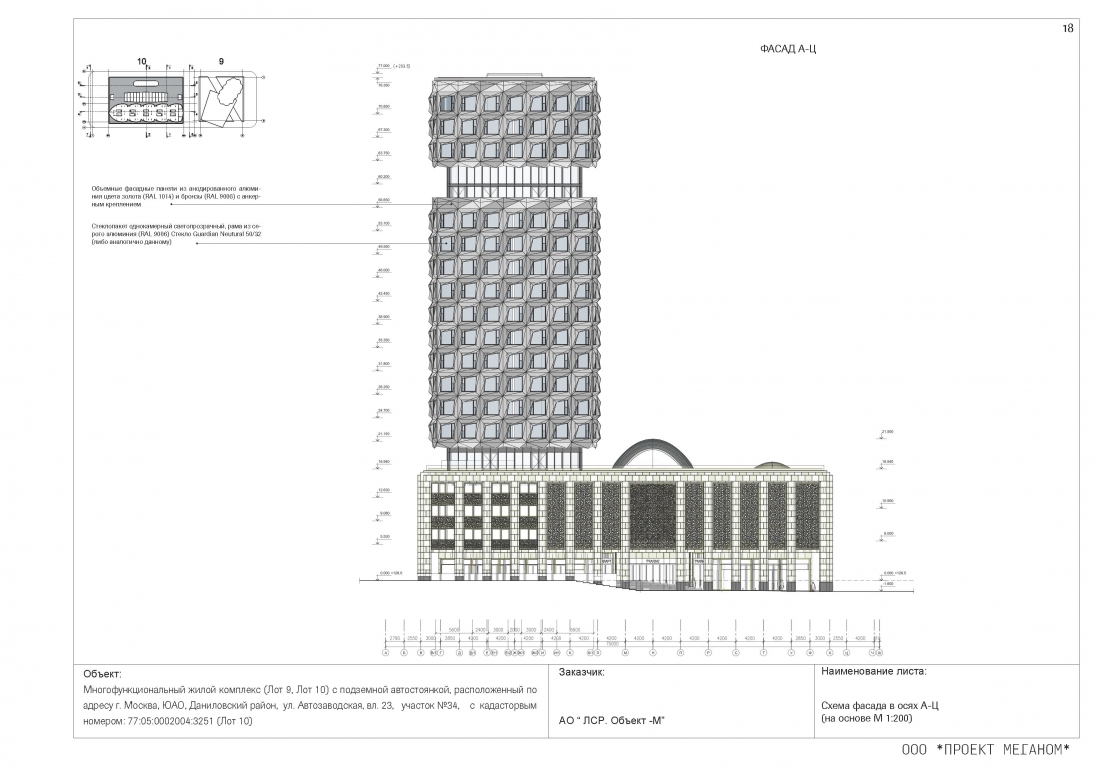 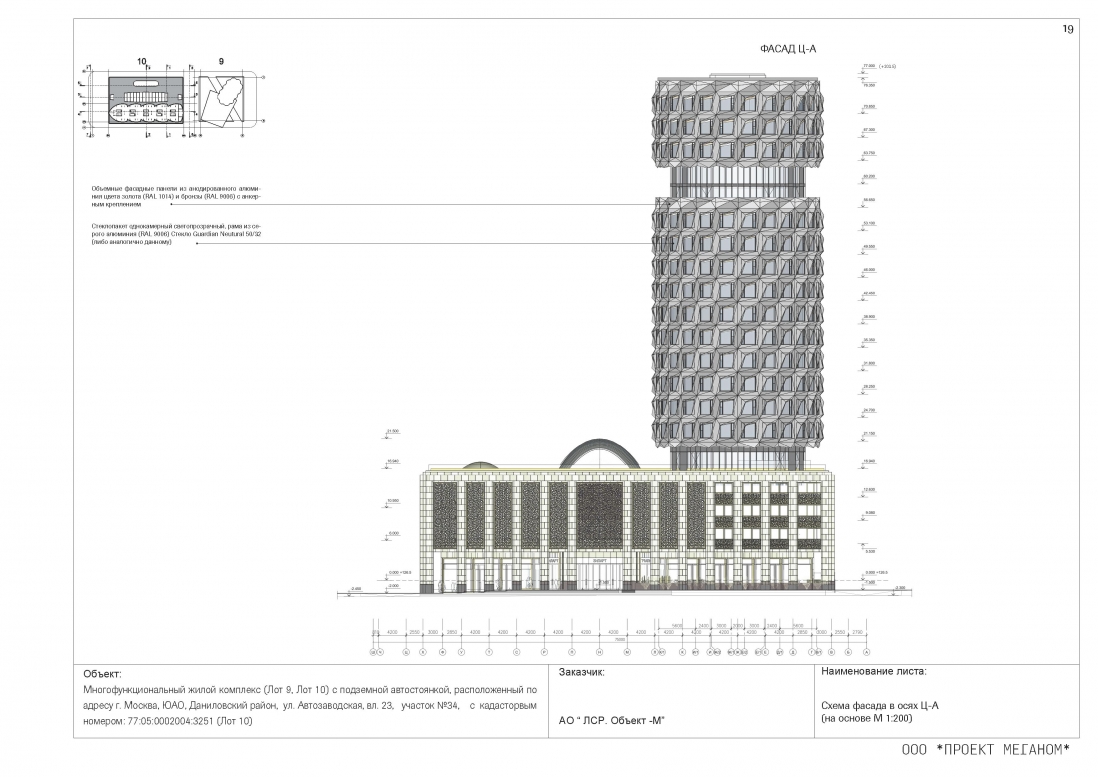 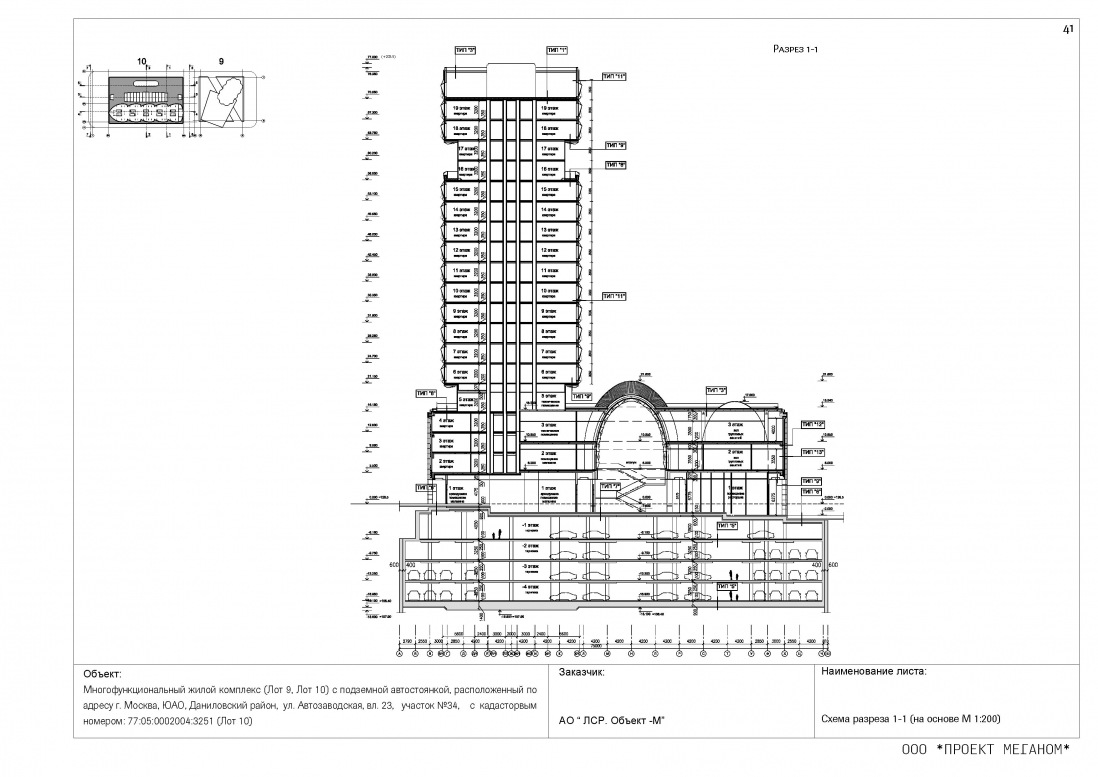 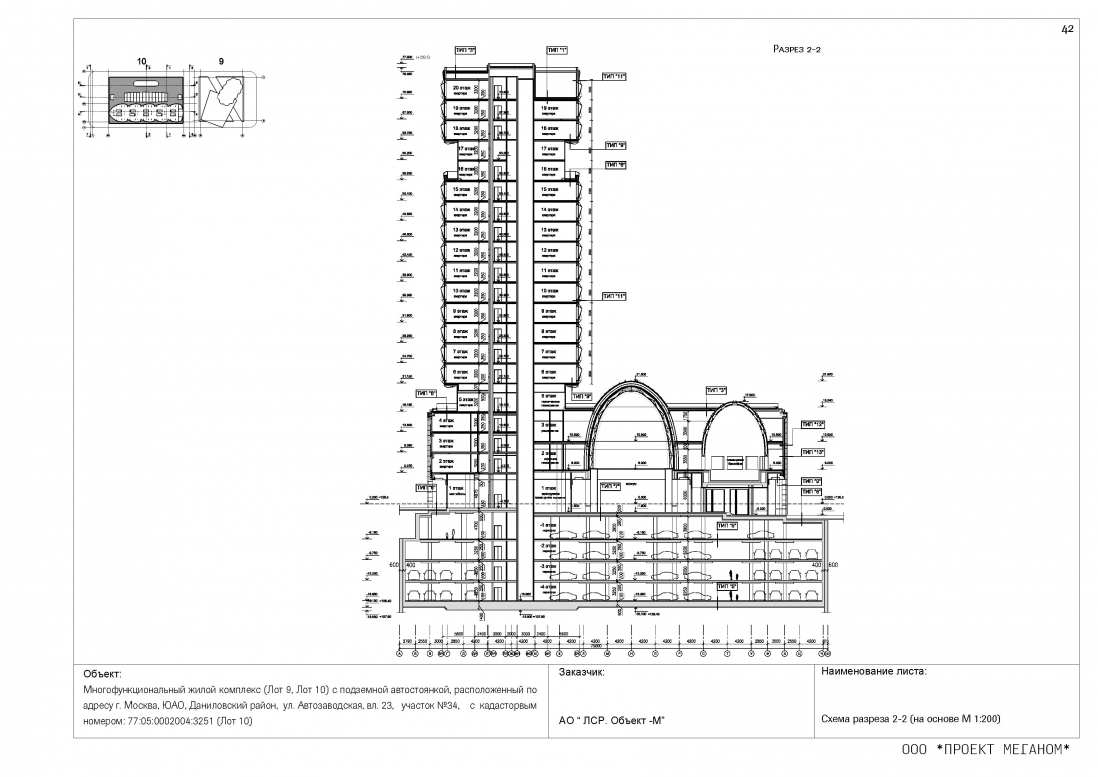 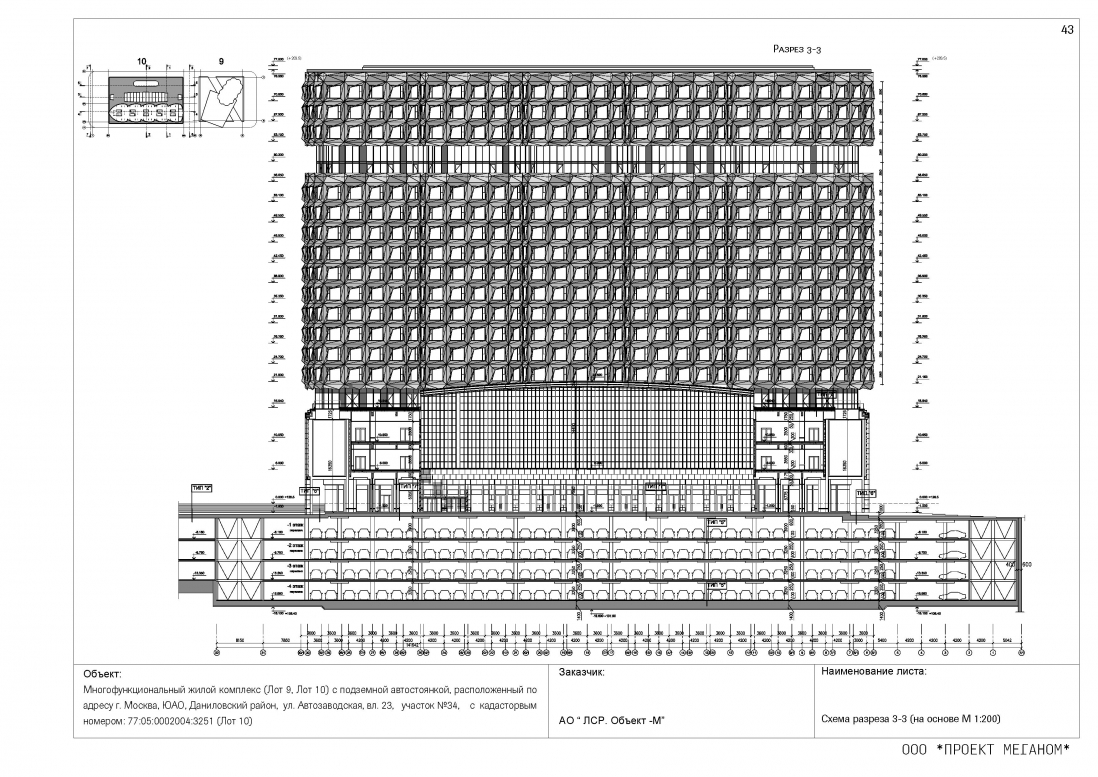 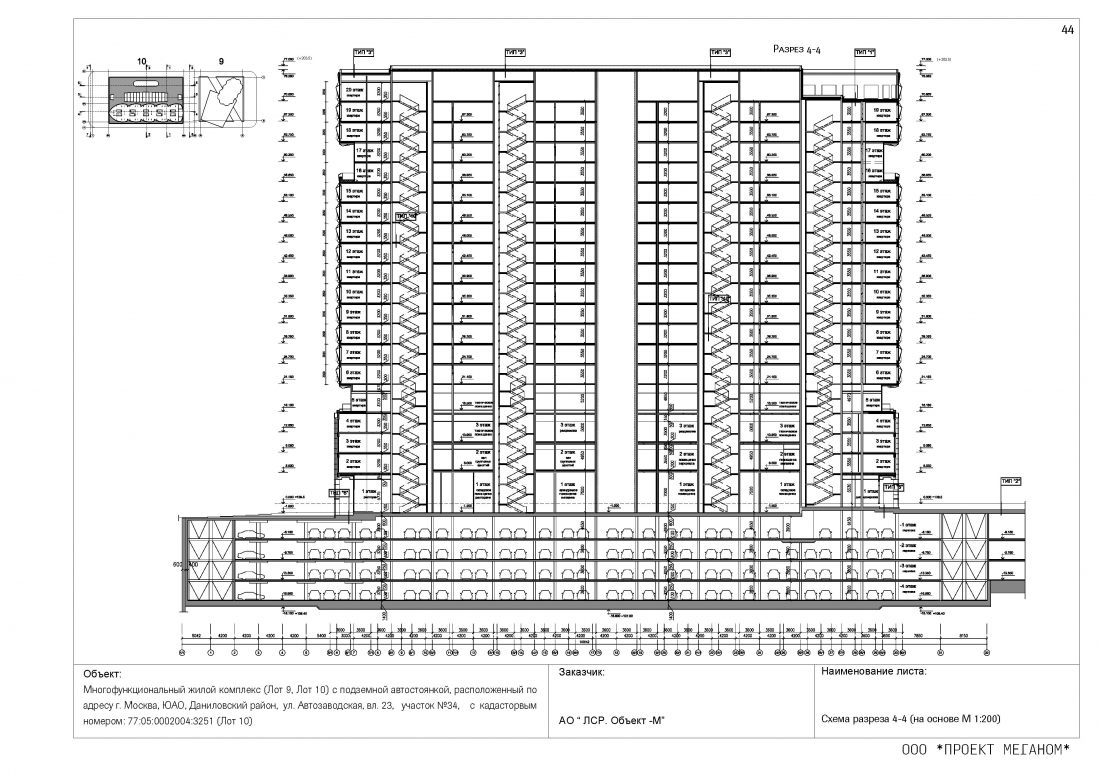 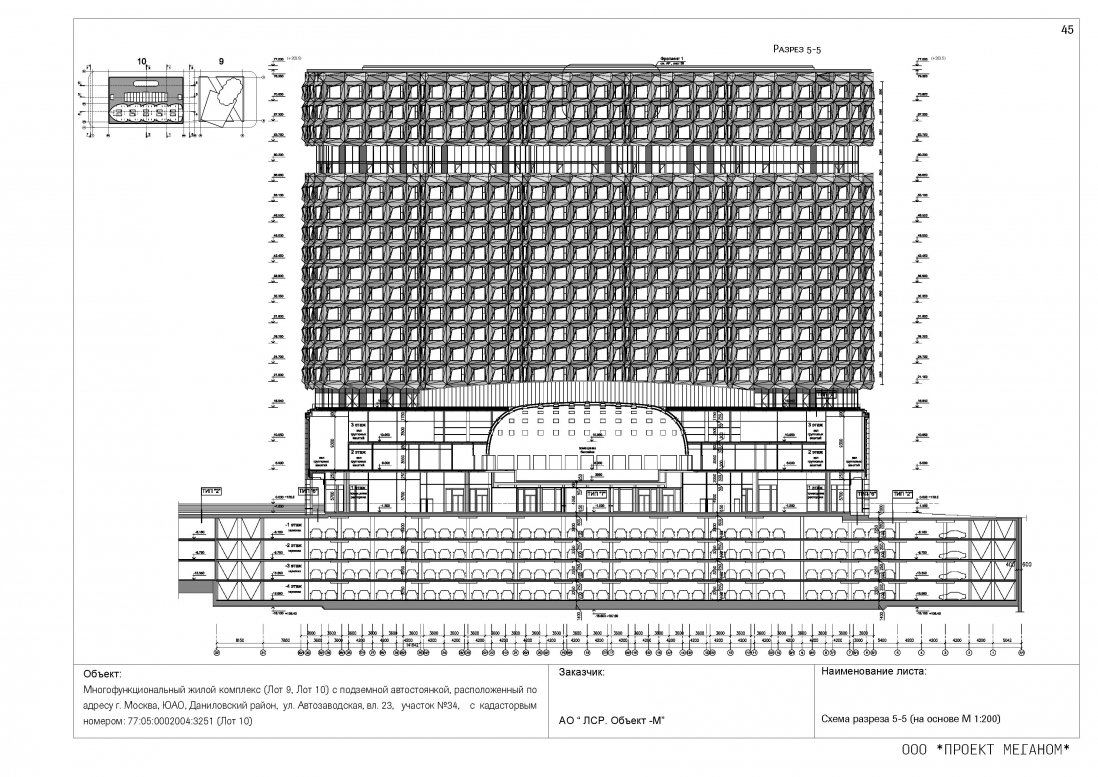 Committee for architecture agreed upon the architectural and city planning solution for another «jewel» of the development at ZiL’s Central Boulevard — 20-storey multifunctional complex, which was designed by the Russian Architectural Bureau «Project Meganom» on the basis of the concept proposed by the world-famous Dutch Bureau Neutelings Riedijk.

The multifunctional complex is located in the area between the ZIL skyscraper (project by Asymptote — SPEECH) and the «Hermitage-Moscow» Museum (No. 9 and 10) with its facade extending to the Central Boulevard. The building consists of five 20-storey faceted towers standing on 3-4-storey podium at the site of historical Foundry No. 2 (designed by Vesnin brothers).

‘This building will become another architectural gem of a new district developed in the ZiL area, which Moscow Mayor Sergey Sobyanin called a model of "a city within the city«,’ said the Chief Architect of Moscow Sergey Kuznetsov. ‘The complex, of course, will be one of the main sights of the Central Boulevard — a space of vibrant social life. There will be small restaurants and shops inside the stylobate of the building; in fact, it will be like a covered street at the intersection of walkways connecting the skyscraper and the Hermitage Museum, and the transverse passage area leading to the adjacent park and boulevard. It is a fully permeable structure.’

The stylobate has a roofed arcade with a colonnade which is faced with natural stone, contains stained glass and decorative metal grilles between the columns. The pattern and scale of the structural elements is similar to Vesnin’s design.

The residential towers’ facades will be covered with anodized aluminum panels of golden color. In total, the complex will have 276 apartments. The height of a typical residential floor will be 3.55 m, the entrance halls on the ground floor will be 6 m high.

According to Michiel Riedijk, the author of the concept and partner at Neutelings Riedijk, one of the sources that inspired the architects to create such bright image for the building was Narkomtyazhprom Project by Vesnin brothers. Another source was the design-code development devised by AB «Project Meganom», involving preservation of the massive building podium line at the site of the former factory buildings along the boulevard.