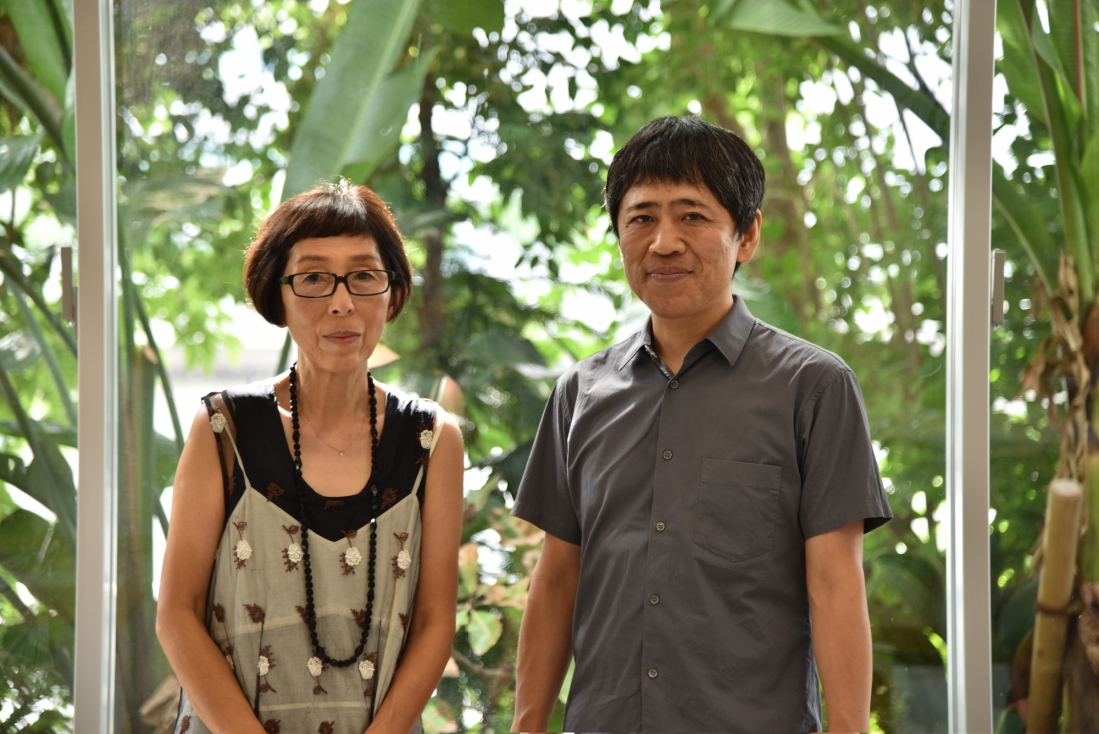 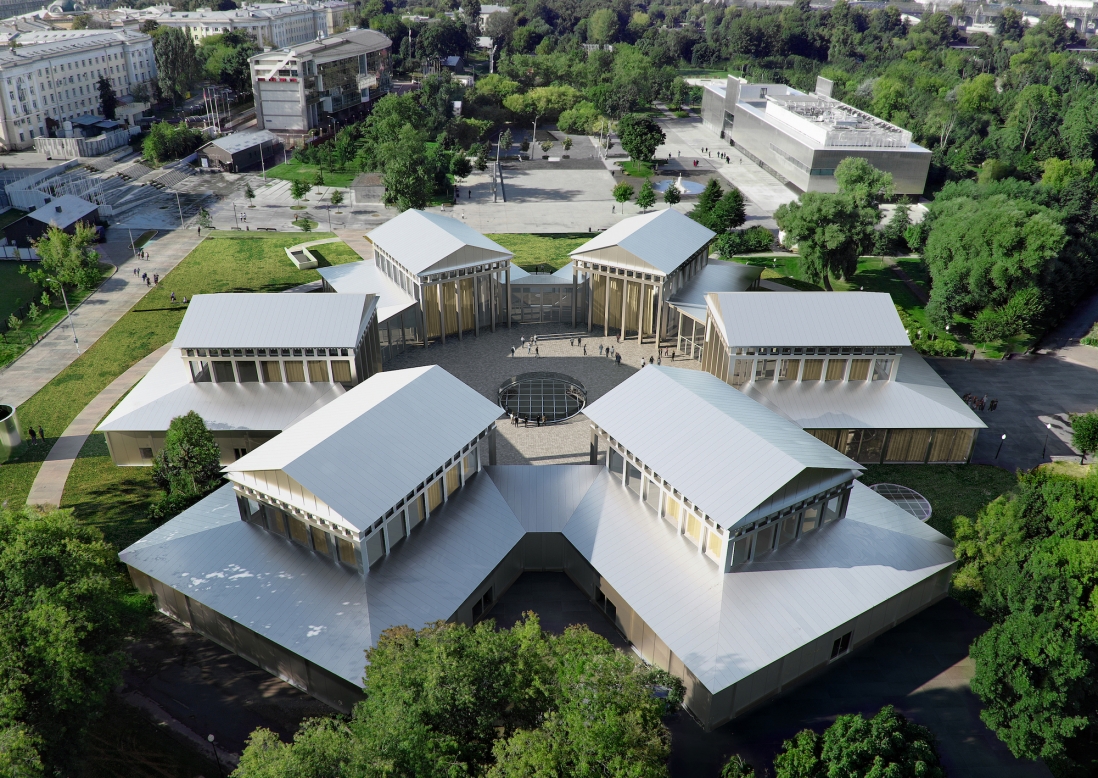 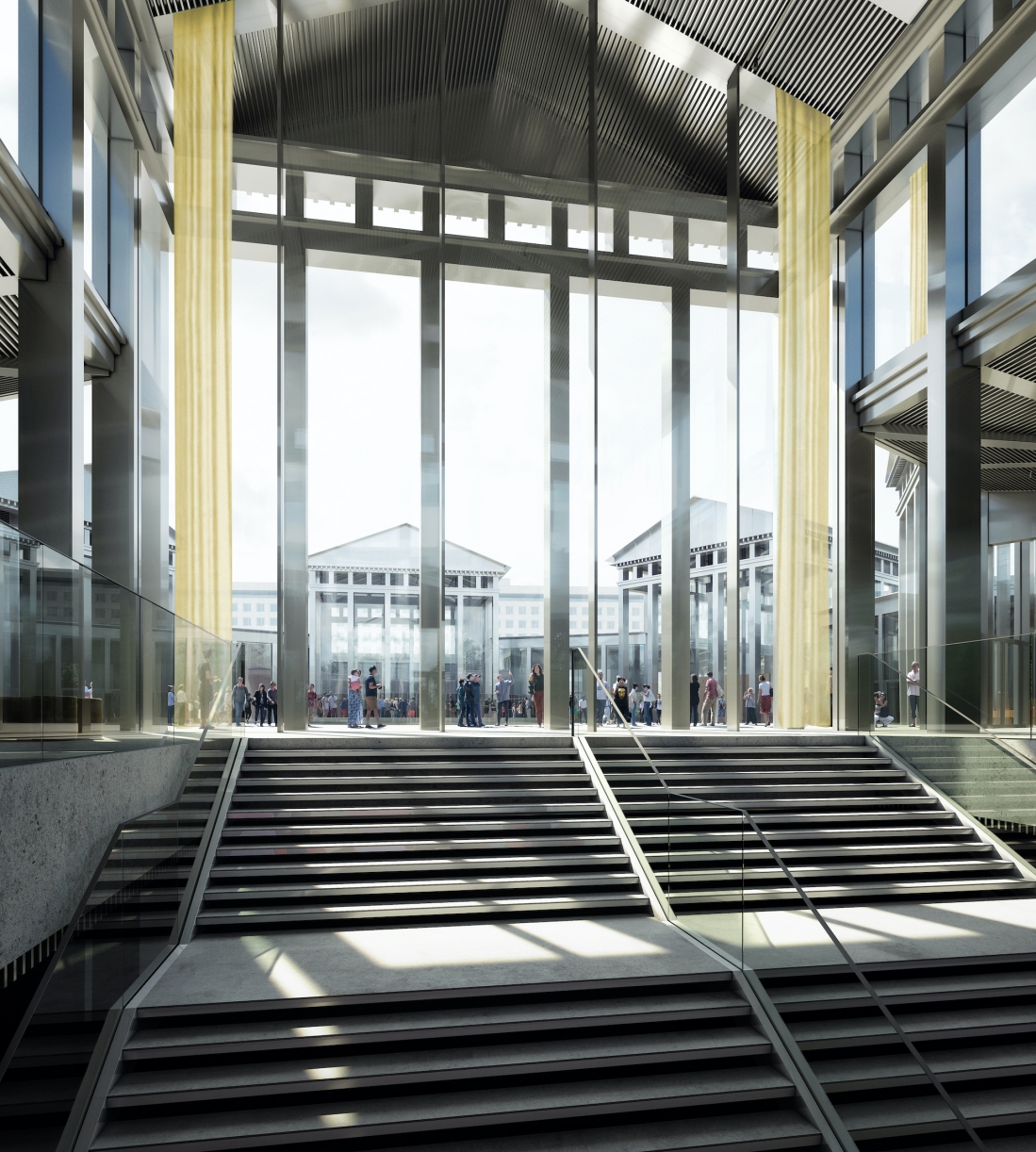 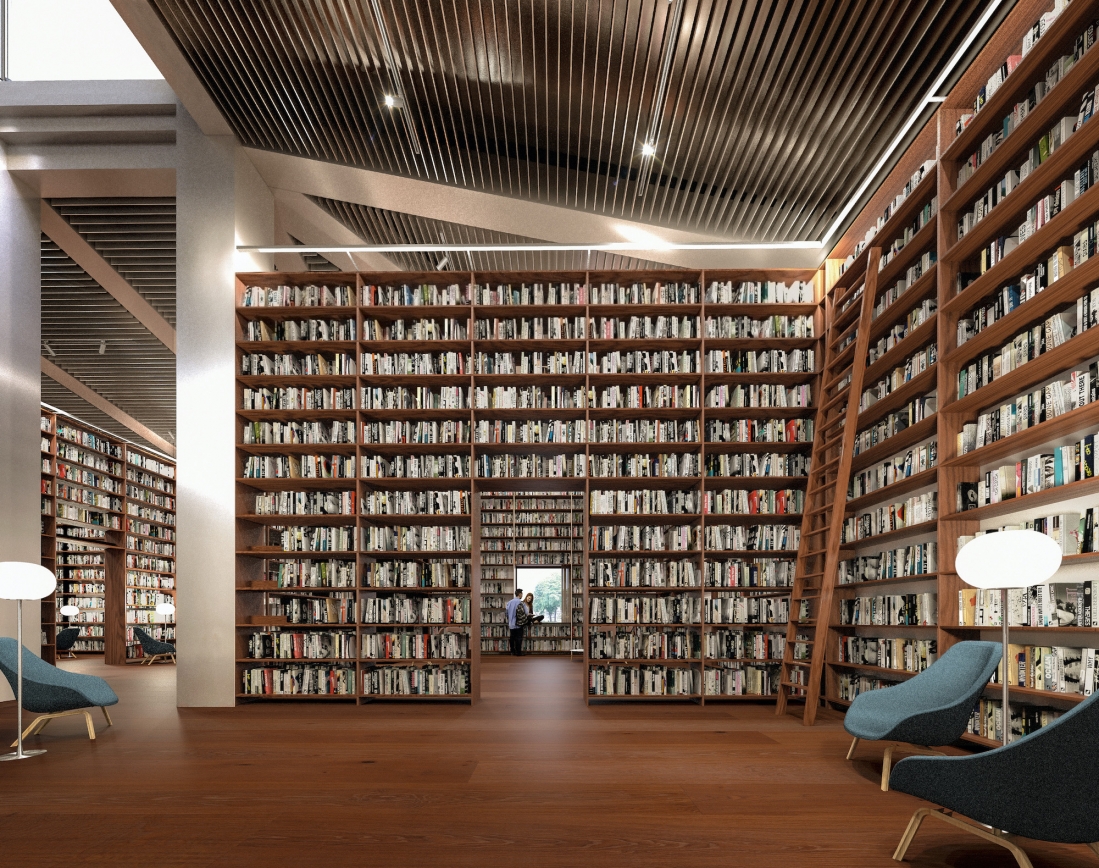 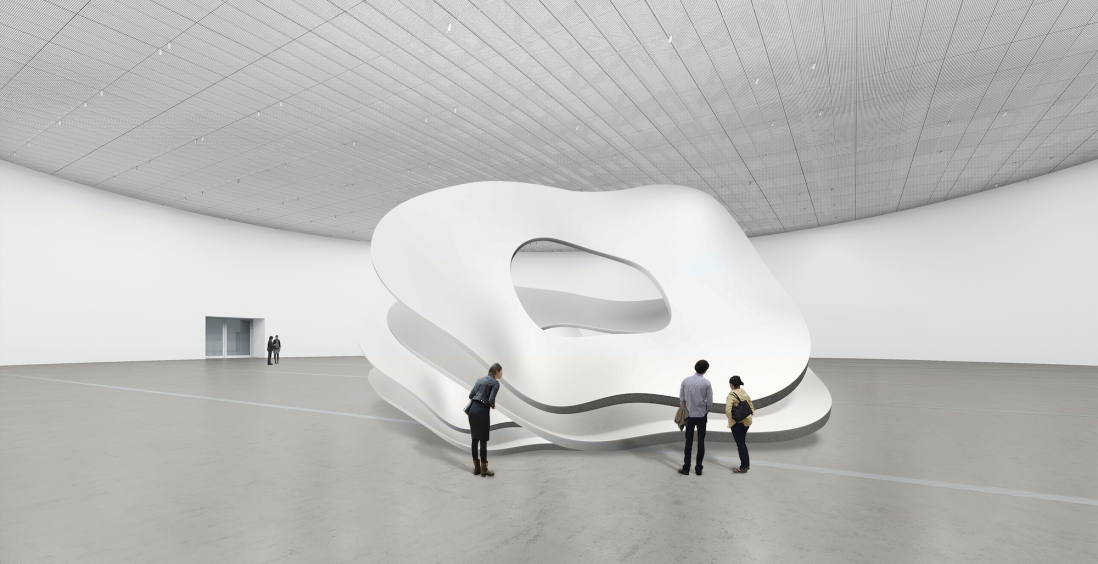 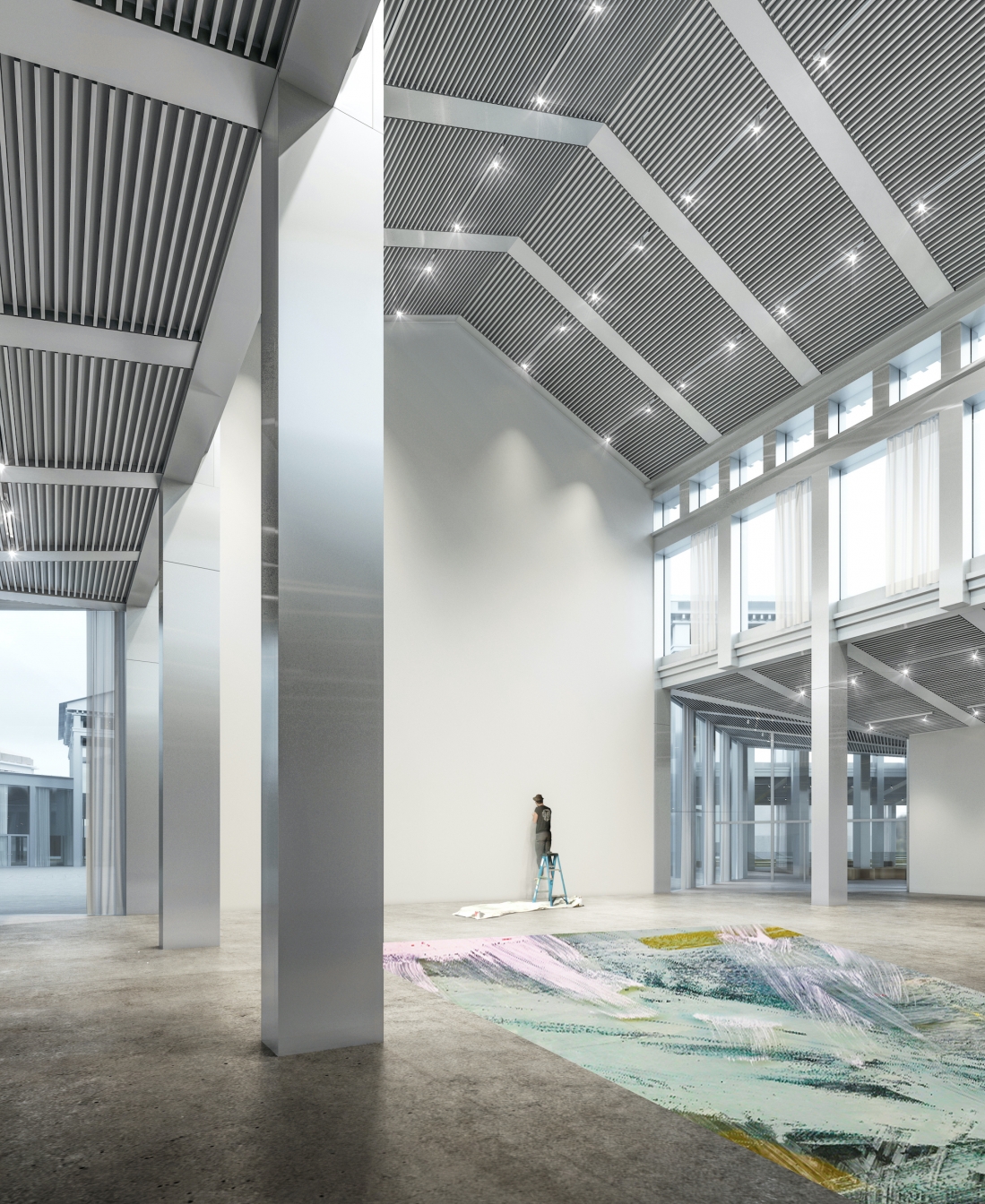 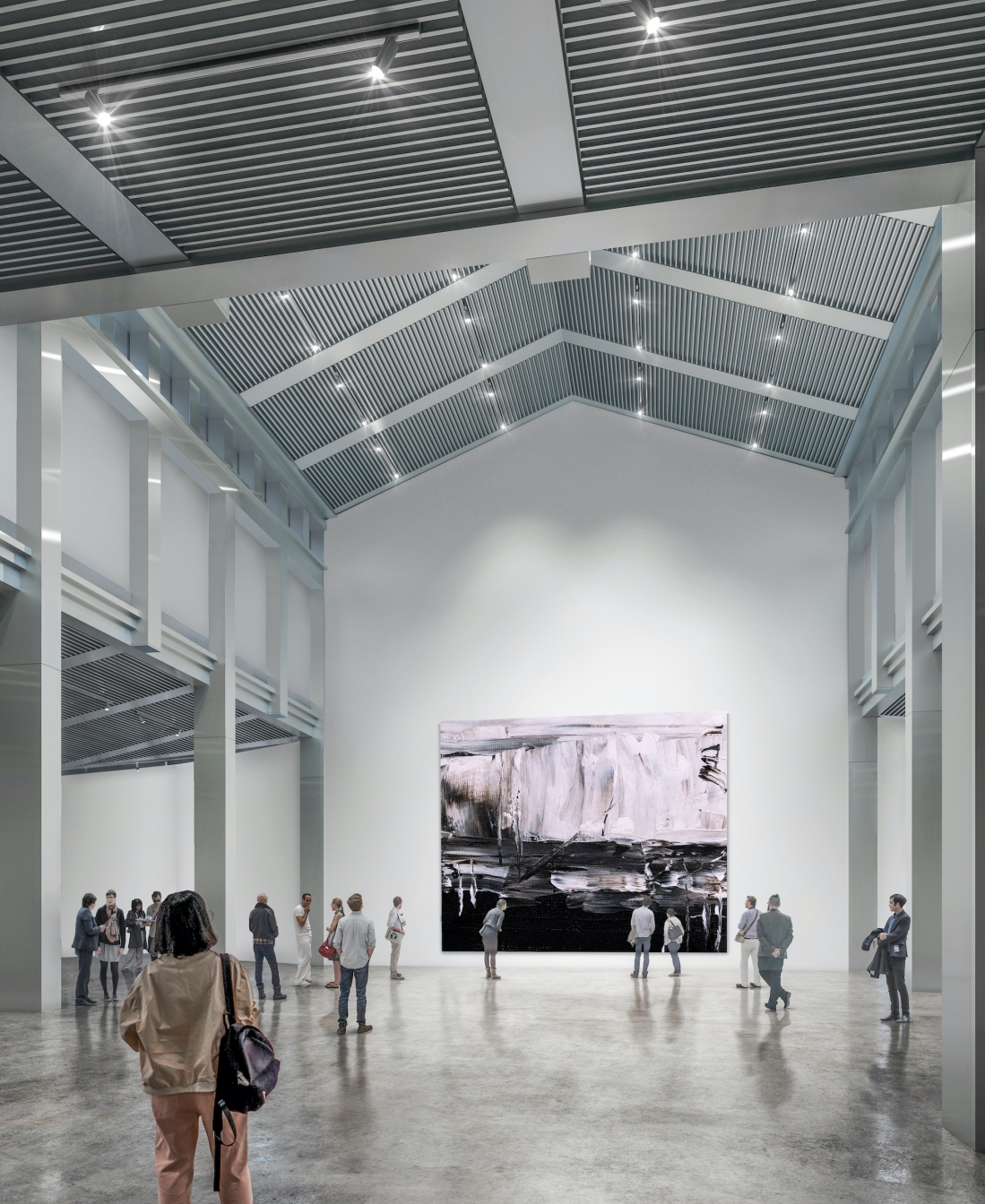 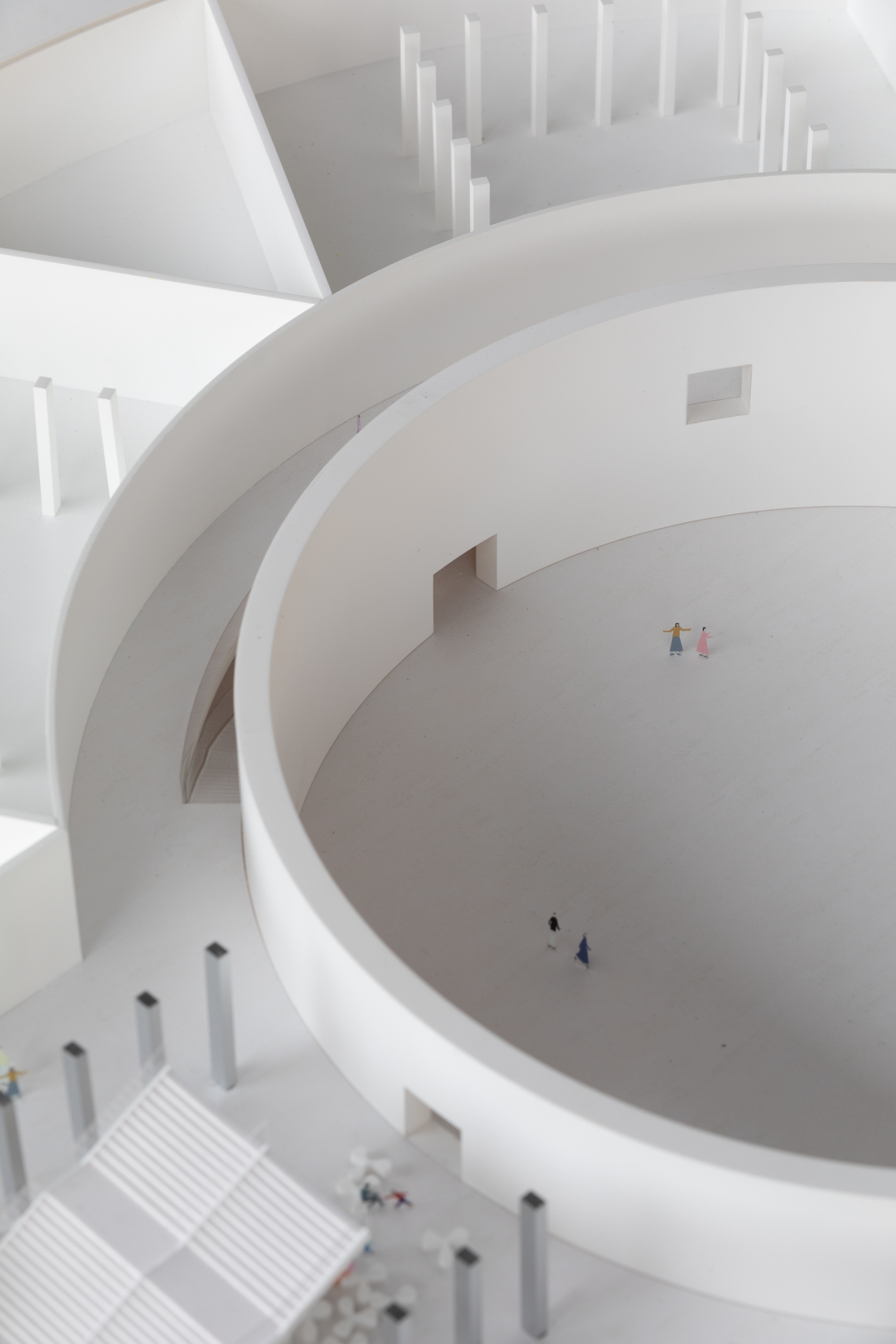 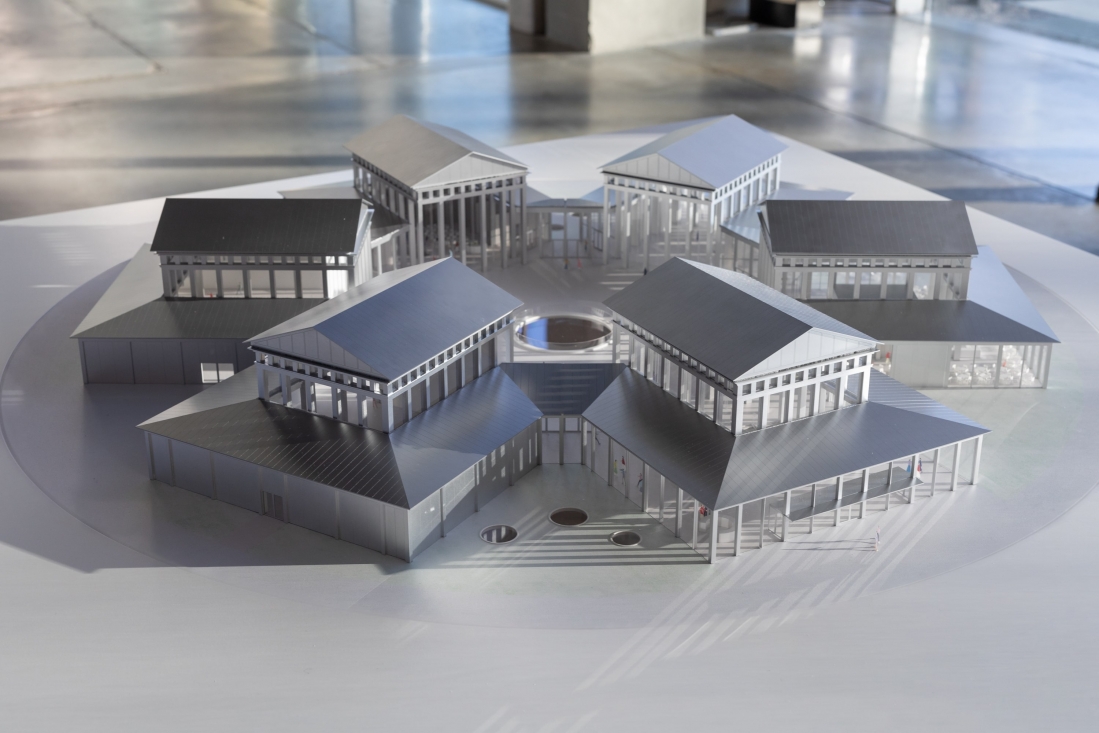 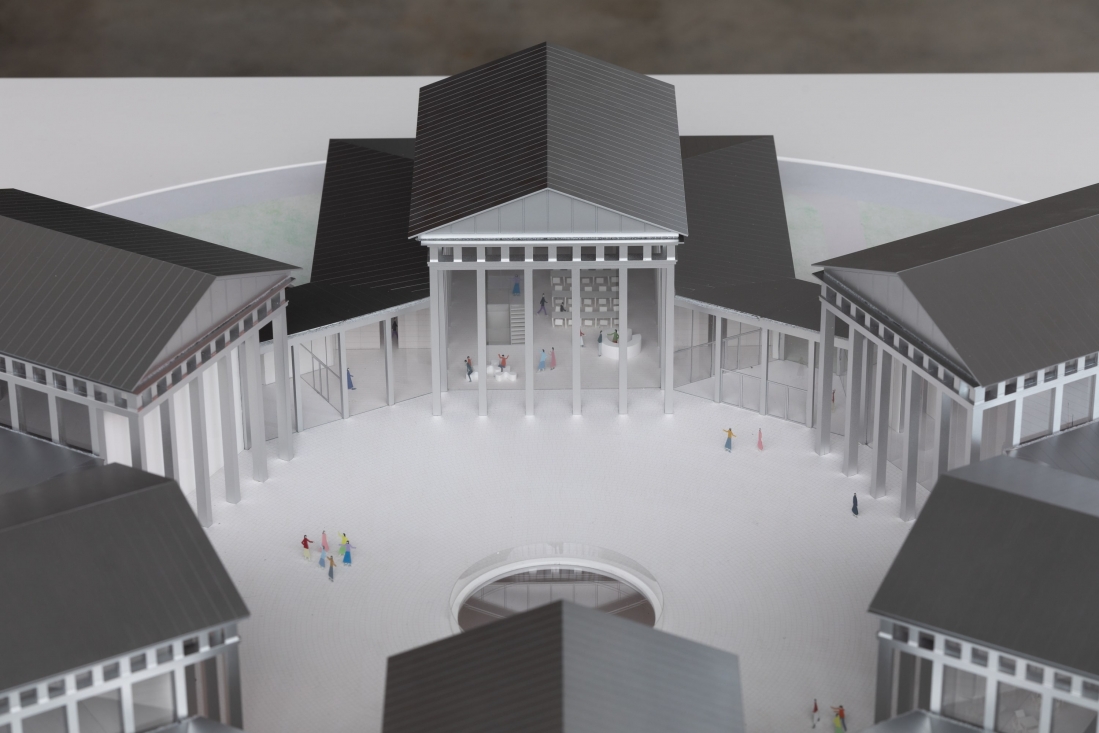 Garage Museum of Contemporary Art started out as a center for contemporary culture that introduced Russian audiences to major names in contemporary art, and within a decade had become an established art institution with a wide-ranging program visible not only in Russia but internationally.

Since the Museum opened it has initiated a number of programs and projects that have changed the landscape of Russian contemporary culture. They include the creation of an archive focused on the history of Russian contemporary art; a public contemporary art library; an inclusive program; an extensive publishing program; Garage Triennial of Russian Contemporary Art; the Garage Live performance program; the Garage Screen film program; and long-term programs of support for young artists and regional institutions. Each of these initiatives forms its own agenda, attracts a specific audience, and creates communities around itself. That is why the opening of new spaces, where many strategic programs will find a permanent home, is a logical next step in the evolution of the Museum.

With the addition of these spaces Garage will become a spatially distributed structure, the various elements of which form a single ecosystem. These changes will create a new understanding of how a contemporary museum can be, who its audience is, and how the interaction between the museum and the viewer can be organized. In the next five years the physical boundaries of Garage will change markedly.

One of the most important stages in this process is the renovation and preservation of the Hexagon pavilion in Gorky Park by the Japanese architectural firm SANAA (Sejima and Nishizawa and Associates), 2010 Laureates of the Pritzker Architecture Prize.

Dasha Zhukova, co-founder of Garage Museum of Contemporary Art: Garage continues to champion work that is contextual, contemporary, and collaborative. The Hexagon, originally designed by legendary Russian architect Ivan Zholtovsky, will be revived by SANAA’s thoughtful and sensitive design, allowing Garage to ground itself in Russian history while expanding into the current global conversation. We want to ensure that our building reflects our ongoing inquiry into the function, purpose, and responsibility of the modernday museum.

The Hexagon (formerly the Machines and Tools Pavilion) was built in 1923 by architects Ivan Zholtovsky, Viktor Kokorin, and Mikhail Parusnikov for the First All-Russian Agricultural and Handicraft Industries Exhibition. In its new incarnation, the Hexagon will become a space for social interaction and the display of various artistic practices. It will feature three exhibition galleries (two in the facet pavilions and one on the lower ground level), a library, a bookstore, and a café. The courtyard of the building will be an open public space. The functional space of the building will comprise 9,500 square meters.

Kazuyo Sejima and Ryue Nishizawa, SANAA:When we were invited to work on the Hexagon, we immediately began to think about whether we could somehow preserve the original layout and proportions. And whether we could create something that everyone would use. Garage has always had a strong focus on the architecture of public spaces and their history, and this is very much in line with our practice. The Hexagon has a particular charm and we have tried to retain that in our design.

Together, Vremena Goda and the Hexagon will form a catalogue of display opportunities for the widest possible range of artistic practices, including performative and interdisciplinary projects. With these changes, Garage, which is always open to experiments and new and hybrid formats, will continue its research and curatorial investigations into the history of Russian and international art, engaging a wide variety of research actors and opening up new opportunities for all participants of the cultural process.

History of the Building

Its structural layout is formed by a frame of reinforced concrete posts and beams and wooden trussed rafters. The interior of each facet pavilion has a double-height central part and narrower single-height wings that join to form a low gallery enveloping the entire building on the outside. The structural frames of the single-height spaces consist of thin vertical supports for the outer walls covered with horizontal beams that form the rafter girder supporting the reinforced concrete roof beams with diagonal ribs. Originally, the six double-height spaces Machines and Tools Pavilion, view from the internal courtyard, 1923 Garage Archive Collection (Alexei Shchusev archive) and the single-height galleries that connected them opened toward the internal courtyard and were not separated from it by walls.

When in 1928 the city government decided to transform the territory of the former Agricultural Exhibition into the Park of Culture and Leisure, the building was converted into its main canteen. Three of the six facet pavilions were separated from the internal courtyard with light walls and two of them became kitchens and had stoves installed. Toilets were built between the pavilions on the outside.

Initially, the canteen, like the park itself, was open only in the summer. In the late 1930s, when the Central Park of Culture and Leisure became the first in the country to feature a winter theme park and several ice rinks, the canteen was reconstructed once again. Its six pavilions were covered with brick walls and re-equipped to work all year round. In 1935 the canteen was renamed the Hexagon.

In the early 1960s, part of the building was repurposed for lemonade production. In the past few decades, it served as a café, a restaurant, and a discotheque, among other things, until it was eventually abandoned. After a number of fires, the Hexagon was partially ruined. In 1999, Moscow City Government declared it a protected monument of garden and park design. The Machines and Tools Pavilion (the Hexagon) became a listed building.

The principles behind SANAA’s architectural concept

The Hexagon is unique thanks to its proportions, its repetitive elements, and the open nature of the building in relation to the courtyard. To preserve this atmosphere for future visitors, we based the design on six principles:

1. Geometry + Proportion The specific proportions conceived by Ivan Zholtovsky should be preserved.

2. Connected Spaces The six pavilions open inward to create a shared courtyard space. The visual and physical (passages) connections between the pavilions will be preserved, ensuring the integrity of the entire architectural plan.

3. Daylight The natural light in each pavilion will be preserved, with the possibility to control lighting based on the Museum’s requirements.

4. Spatial Organization The proportions and heights (single or double) within the pavilions will be preserved, providing a large and versatile space for the Museum’s programs.

5. Decorative/Interior Elements The facades will be cleared of later decorative elements and the neoclassical outline of the building will be restored. Later additions or details will be considered distinct from or secondary to Zholtovsky’s design.

6. Landscape The new landscape will underline the geometry and proportions of the pavilions and visually connect the Hexagon to Vremena Goda.

The new pavilions and underground spaces will be designed to contemporary energy efficiency standards and with advanced envelope and heat recovery systems. All glazing in the project is largepane, high-performance glass to withstand the harsh winters and very hot summers. The panels are designed with high transparency and color rendering index to reduce color distortion and retain the close connection between the interior and the exterior. There is an extra layer of light control on the interior side in the form of semi-transparent curtains or opaque blinds to allow for maximum flexibility of use.

In order to avoid excessive warming from insolation and the external environment, in addition to standard equipment the Hexagon will also use a collective geothermal system that will provide natural cooling at any time of year using renewable sources.

SANAA (Sejima and Nishizawa and Associates) is a Japanese architectural firm founded in 1995 by Kazuyo Sejima (b. 1956, Hitachi) and Ryue Nishizawa (b. 1966, Yokohama). In 2004 the firm received the Golden Lion at the 9th Venice Biennale of Architecture and in 2010 Kazuyo Sejima and Ryue Nishizawa were awarded the Pritzker Architecture Prize. In 2010, Kazuyo Sejima was curator of the 12th Venice Biennale of Architecture. Private and public buildings by the firm are located in Australia, China, France, Germany, Hungary, Israel, Italy, Japan, the Netherlands, Spain, Switzerland, Taiwan, the UK, and the USA. They include numerous museum buildings, such as the 21st Century Museum of Contemporary Art (Kanazawa, Japan), LouvreLens (Lens, France), and the New Museum (New York).